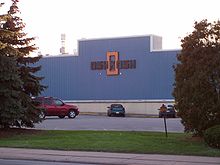 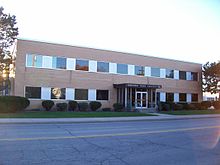 A MK36 wrecker variant of the MTVR 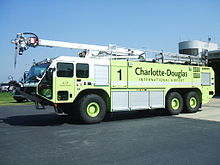 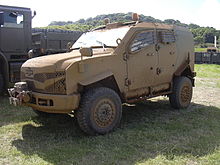 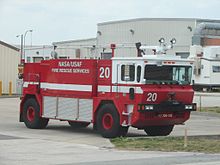 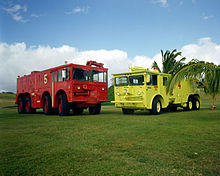 Founded in 1917 as the Wisconsin Duplex Auto Company, the company was created to build a severe-duty four-wheel-drive truck. After the first prototype was built, the company began to develop rapidly. This first four-wheel-drive truck, known today as "Old Betsy", is still owned by Oshkosh Corporation and housed in one of its assembly plants in Oshkosh. The vehicle still runs and is used frequently in demonstrations and parades.[3][4]

Oshkosh products and services are sold in more than 130 countries around the globe. The company also maintains a global service network.

Since 1996, Oshkosh has completed fifteen acquisitions and two divestitures: