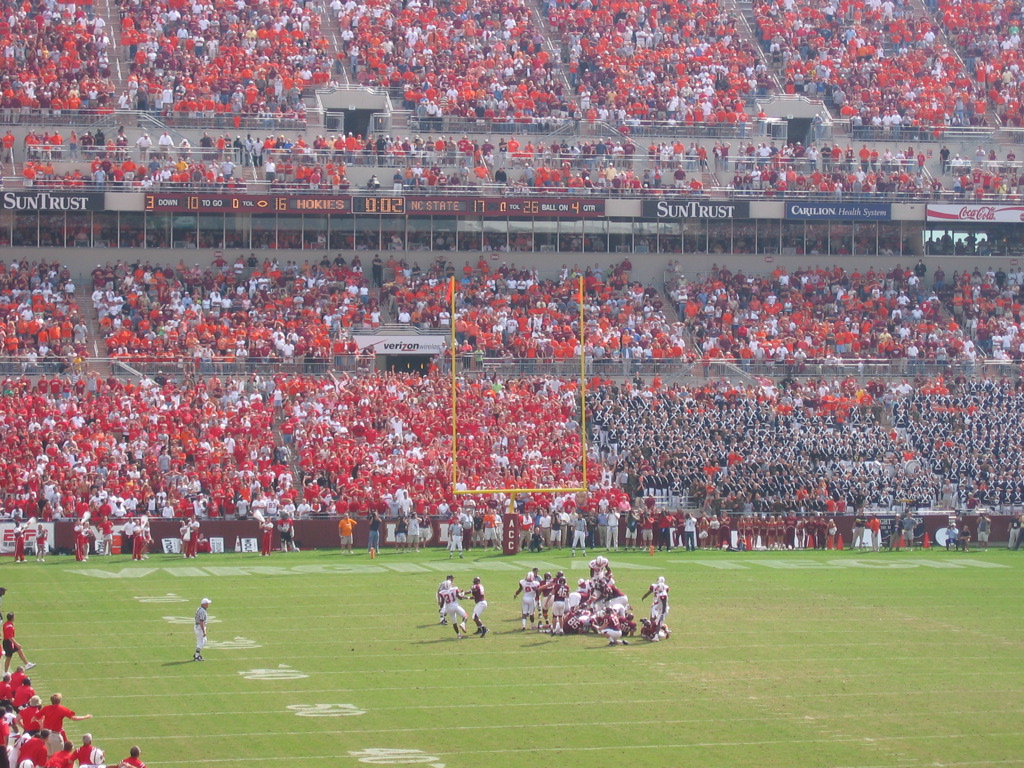 The 2004 Virginia Tech Hokies football team represented during the . The team's head coach was .

Virginia Tech began the season unranked nationally, having suffered a meltdown at the end of the 2003 season. The Hokies faced a daunting schedule, beginning with a nationally-televisioned game against the defending national co-champion USC Trojans. That game, known as the BCA Classic, was the first college football game of the year, and would be followed by a tough conference schedule in the Hokies' new conference, the then-eleven-team . Some publications picked the Hokies to finish as low as 8th place in the conference.Fact|date=October 2007 Following a home loss to cfb link|year=2004|team=NC State Wolfpack|school=North Carolina State University|title=NC State in which the Hokies missed a would-be winning field goal as time expired, the prospects of keeping alive their 11-year streak of consecutive bowl game appearances seemed bleak.

The Hokies' season had a turning point in the fourth quarter of their game against Georgia Tech in Atlanta on ESPN Thursday night college football. This game was a must-win for Tech. Needing seven wins for bowl eligibility [The rule allowing 6-6 teams to go to bowl games was in place only for years where all teams played 12 games - the Hokies only had 12 games because of a preseason game and thus needed seven wins to be bowl eligible.] , and facing extremely tough opponents in the remainder of its schedule, Tech could not afford to lose the game. Trailing 17-7 at , Tech went on to score 25 unanswered points in the last 5:44 of the game - passes of 80 and 51 yards and a 64-yard interception return - to turn an 8-point deficit into a 14-point victory.

Tech would go on to win their remaining regular-season games, including an upset of the cfb link|year=2004|team=Miami Hurricanes|school=University of Miami|title=Miami Hurricanes, to clinch the ACC championship. Following its success in the ACC, Virginia Tech was awarded a bid to the , a game in , . Virginia Tech would face Auburn University, a team that had gone undefeated in the regular season but was denied a bid to the national championship game by virtue of its lower rank in the BCS poll. In a game that was not decided until the final two minutes, ["Auburn 16, Virginia Tech 13", January 3, 2005. Hokiesports.com [http://www.hokiesports.com/football/bowls/2005Sugar.html] — Accessed July 21, 2007.] Virginia Tech lost to Auburn 16-13, bringing an end to the 2004 Virginia Tech football season.