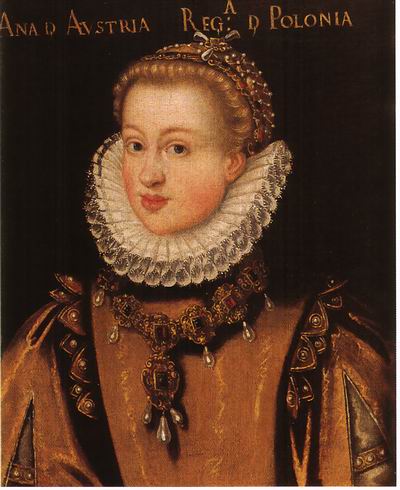 Anna became the first wife of Sigismund of Poland and Sweden on , . This marriage was opposed by many nobles () of the , who were opposed to the alliance with the Habsburgs that Sigismund pursued.

When Sigismund sent a , lead by Cardinal , to for his bride, the anti-Habsburg party with guarded the borders to prevent the Archprincess from entering the country. Anna evaded the guards, arrived in and was crowned in May 1592 by Karnkowski as the Queen of Poland and two years later, in 1594, in Sweden, as the Queen of Sweden. During her stay in Sweden, she became involved in a conflict with Dowager Queen .

Although not very beautiful, she and Sigismund fell in love and Anna gained the friendship and respect of many of her former enemies with her politeness and culture. It was during her lifetime that Sigismund moved the capital of the Commonwealth from Kraków to .

Anna died on , and Sigismund III then married her sister Constance Renate of Habsburg.