imagesize =
image_caption = The Onion Barn, where community bulletins are posted 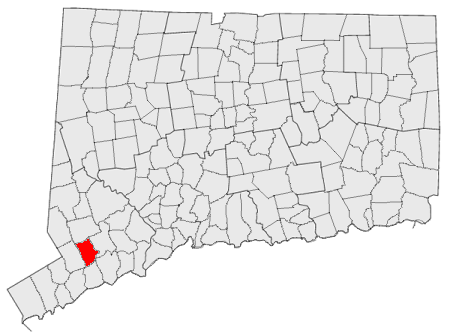 Weston's local ZIP code 06883 was identified by American Demographics magazine as the sixth most affluent ZIP in the U.S. (April 2005)

Weston's first English settlers in the early 1700s were mostly farmers living to the southeast in the Town of Fairfield, the boundaries of which extended to Weston until the late eighteenth century. In 1787, the North Fairfield parish was created in the area now occupied by the towns of Weston and Easton. In 1845, Northfairfield was split into the two towns and Weston was created.

Despite the rocky soil, farmers in town grew apples, onions and potatoes and grist, cider, lumber and fulling mills were built. The town had nine manufacturers by 1850, but two decades later only the Bradley Edge Tool Company still thrived. That factory burned down in 1911.

Unlike other nearby towns, Weston never had a railroad built through it, which hurt nonagricultural businesses, so between the Civil War and the Great Depression, the town's population dropped from about 1,000 to a low of 670 by 1930. Artists, writers and actors from New York then became attracted to the community and began settling in it. Construction of the Merritt Parkway, which arrived just to the south of Weston in 1938, resulted in population growth.

The Saugatuck River begins to the north in Redding. It flows through the town, and ends in Long Island Sound by neighboring Westport.

Weston is bordered by Westport to the south, Wilton to the west, Redding to the north, Easton to the east, and Fairfield to the southeast.

There were 3,312 households out of which 49.8% had children under the age of 18 living with them, 78.4% were married couples living together, 5.0% had a female householder with no husband present, and 15.1% were non-families. 11.2% of all households were made up of individuals and 4.9% had someone living alone who was 65 years of age or older. The average household size was 3.03 and the average family size was 3.28.

The Town of Weston is governed by a Board of Selectmen. Woody Bliss is the First Selectman. There is a Board of Finance and Board of Education among other boards.

All board positions are held by political appointees. Not a single election has been contested for years (until a small number of offices in the 2007 elections).

For the fiscal year of 2008-2009, the Town of Weston’s net budget was $60,107,781. That year, about 73 percent of the town’s net budget was spent on the Weston Public Schools. Weston raised taxes on the basis of property value. With real estate assessed at 70 percent of market value, the for the five fiscal years following the valuation of 2003 was:

There are four public schools in the Weston Public Schools district, all located on School Road:
*Weston High School &mdash; Grades 9-12, with about 800 students. Weston High School (WHS) seniors in the class of 2006 had the highest average SAT scores in the state, and many WHS students go on to attend selective colleges and universities. The Class of 2008 had the highest CAPT scores in the state in 2006. [ [http://www.westonk12-ct.org/page.cfm?p=83 "Welcome to Weston High School"] at the high school Web site, accessed , ] Recently the high school underwent a significant building expansion, which included construction of a new science department and new playing fields. The high school auditorium is currently under reconstruction.
*Weston Middle School (WMS) &mdash; Grades 6-8, with about 600 students.
*Weston Intermediate School (WIS) &mdash; Grades 3-5, with 571 students. The school opened in September 2005 as the town’s newest school.
*Hurlbutt Elementary School (HES) &mdash; Pre-Kindergarten-Grade 2, with about 600 students

Several pre-schools in town are run by various churches.