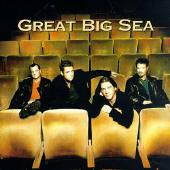 "Rant and Roar" is an album by . Released in 1998 only to the USA, it is a compilation of some of the tracks from "Up" and "Play" also by Great Big Sea. This album was created because the band wanted to expand beyond their mostly Canadian fan base. The album's title comes from the first line of the traditional song "", which is generally more well known than the song's actual name.

* [http://www.lyricwiki.org/Great_Big_Sea:Rant_and_Roar_%281998%29 Get lyrics for "Rant & Roar" at Lyricwiki]
* [http://www.greatbigsea.com/music/discography/cd/RantandRoar.aspx "Rant and Roar" page at the Official GBS Website]