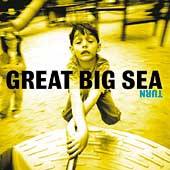 *"Consequence Free" and "Can't Stop Falling" have been made into videos and have been released as radio singles.
*"Demasduit Dream" is based on the life of , one of the last of the , the native people of Newfoundland.
*"Ferryland Sealer" is about the seasonal expeditions from the southern Newfoundland community of .
*The lyrics to "Old Brown's Daughter" were written by the famous , while the original tune was lost, the current music was written by Ron Hynes.
*"Captain Wedderburn" is an adaptation of the Child Ballad #46, .

*The 2000 U.S. release on Rhino/Wea featured a different track order; "Can't Stop Falling" and "Demasduit Dream" were switched.
*The song "Consequence Free" was the theme for the Least I Could Do animated series trailer, a series currently in production
*The little boy on the album cover vomitted immediately after that photo was taken.