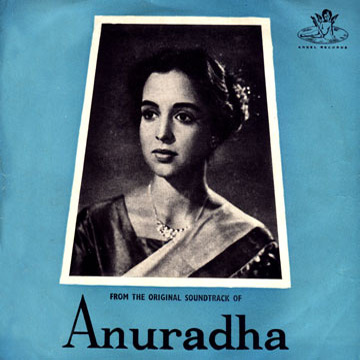 The film's music was composed by , in one of his rare forays into [ [http://www.downmelodylane.com/ravishankar.html Ravi Shankar Filmography] ] , [ [http://www.ultraindia.com/movies/awards/hrishikesh.htm Hrishikesh Mukherjee Biography] on winning, the 31st Dada Saheb Phalke Award.] . The film was based on a short story written by , first published in the Bengali monthly magazine '' and according his autobiography, it was inspired by "", a novel by [ [http://www.imdb.com/title/tt0137362/trivia Trivia] ".] .

Anuradha Roy (), a noted radio singer and daughter a rich man, falls in love with an idealistic doctor, Dr. Nirmal Chowdhary (), who serves the poor in the distant villagge Nanda gaon. After the marriage and a daughter, she realises the gravity of the choice of living in a village, it is then she has to decide between her love and her love for city life.

The film music department had a rare combination, maestro, , with lyricist, .