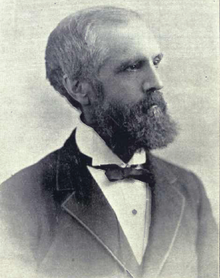 Born in Saint John, New Brunswick, the son of Samuel and Phoebe S. (Golding) Skinner, Skinner was educated at the public and Grammar schools of Saint John. After leaving school, he prepared for the legal profession. He studied law in the office of C. W. Stockton, and was admitted to the Bar, Trinity term, 1860. He commenced to practice his profession in partnership with George G. Gilbert, under the firm name of Gilbert & Skinner. This partnership lasted about four years, when he began practice in his own name, and so continued until January 1894, when he took his two sons into partnership, Charles S. and Sherwood Skinner, the firm name being C. N. Skinner & Sons.

He was a member of the Orange Order and of the Independent Order of Odd Fellows. He was married to Eliza J. McLaughlin and had five sons and three daughters.

This article incorporates text from the The Canadian album: men of Canada, Vol. 4, a publication now in the public domain.