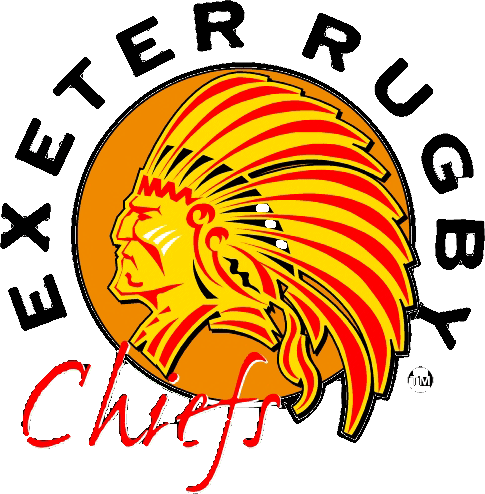 Exeter Rugby Club is a club based in , .

The Exeter club was formed around 1871 and played its first match in 1873.

In 1905, Devon played a match against the at the County Ground, the home of the club, attracting a crowd of 6,000.

The first team has been rebranded as the Exeter Chiefs and play in a strip of Black, White and Cambridge Blue.

The Chiefs currently play in and relocated from the County Ground to in the summer of 2006, which has a ground that can accommodate 8000. They are currently managed by Pete Drewett. In recent seasons a large effort has been made by the club to gain promotion to the this was typified by the recruitment in the 2007/2008 off season when the club acquired the services of seasoned professionals; and (from ), and (from ), and (from ), (from ) and (from Connacht).

The Chiefs have also reached the final of the (formerly the Powergen Shield) in four of the last seven seasons but have finished runners-up on each occasion.