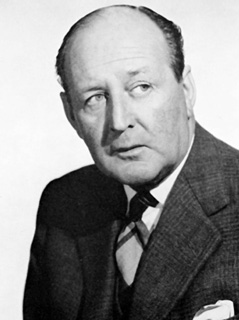 Cecil Parker (3 September 1897 &ndash; 20 April 1971) was an English character and comedy actor with a distinctive husky voice, who usually played supporting roles in his 91 films made between 1928 and 1969.

Born Cecil Schwabe in , , he began his theatrical career in London in 1922 after serving in World War I. He made his first film appearance in 1928 and subsequently became a familiar face in British, and occasionally American films, until his death in 1971. He appeared less often on television, but many of his films have remained popular and are often repeated.

Part of his talent was that he was convincing in each film and made the viewer forget his previous roles. Often playing a touchy senior officer or British upper-class character, his last two films were true to form; "The Magnificent Two" with and 's "".