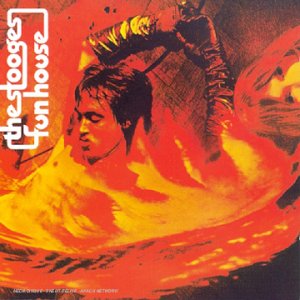 "Fun House" is the second album by the American rock band .

It was recorded in May 1970 and released in July of the same year. Like its predecessor, "The Stooges" (1969), "Fun House" did not sell well. In subsequent years, however, it has been cited as very influential on later musicians, notably in . In 2007, the album was voted Loudest Album Ever by .

The tracks were recorded live in the studio with few or no overdubs, in roughly the same order as on the record. The Stooges were known at the time more for their cataclysmic live shows than for any established musicality, so "Fun House" being recorded in this pseudo-live fashion made it the Stooges album which most closely captures the essence of their sound

The Stooges intended that "Loose" open the album, but Elektra thought "Down On The Street" would be the stronger opener.

An alternate version of "Down On The Street", with Doors-style organ overdubbed on it by producer , was pulled from the album and made into a single.

In 1999 released a limited edition box set, "", featuring every take of every song from every day of the recording sessions, plus the single versions of "Down On The Street" and "1970". On , , the album was reissued by Elektra and Rhino as a two-CD set featuring a newly remastered version of the album on disc one and a variety of outtakes (essentially highlights from the "Complete Fun House Sessions" box set) on disc two. contributed a quote to Iggy biographer Paul Trynka's liner notes to the reissue, in which White dubbed "Fun House" "by proxy the definitive rock album of America."

In 1998, the Paris-based music magazine "" placed "Fun House" in the top position of its "discothèque idéale."

In 2005 the album was performed live in its entirety as part of the All Tomorrow's Parties-curated Don't Look Back series.

Musician/engineer cites "Fun House" as his favorite album of all time.

All tracks written by the Stooges