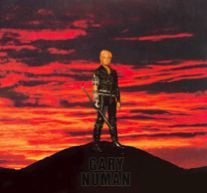 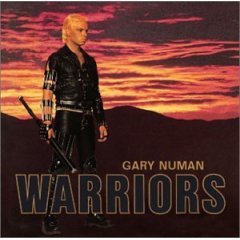 "Warriors" is the eighth studio album, and sixth under his own name, by pioneer , released in 1983. It is his last studio album released on .

Numan returned to in May 1983 to record the album. He had written most of the album's material in late 1982-early 1983, while he was living in (after spending a few months in ). While Numan was working on the early "Warriors" material, Beggars Banquet suggested that for the first time during his career, he should use a co-producer instead of producing the album entirely by himself. Numan was not keen at first, but Beggars Banquet managing director Mike Heap promised him "a virtually unlimited promotional budget" on the album if he signed up a producer. Numan eventually decided to recruit guitarist Bill Nelson for the job, as he was an admirer of Nelson's band, . Numan claimed that Nelson was his "favourite guitar player, bar none." Unfortunately for Numan, Mike Heap was fired and the record company was no longer willing to cover all the costs for Numan's album. Numan later remarked, "When the new people came in, I was as far from a priority act as it was possible to be. I felt as though they'd cut me down at the knees and it was the last time I got excited about a promise in the music business." ["Praying to the Aliens: An Autobiography" by Gary Numan with Steve Malins. (1997, André Deutsch Limited), p.178]

Numan later claimed that "Warriors" pointed the way for his artistic decline throughout the 80s:

For the recording of the album, Numan retained drummer Cedric Sharpley, keyboardist Chris Payne, and guitarist Rrussell Bell, all of whom had played on Numan's albums and tours since 1979. Pino Palladino, the bassist on Numan's previous album "" (1982), was unable to return for "Warriors". At Palladino's suggestion, Numan recruited Joe Hubbard as a replacement. Bill Nelson worked tremendously hard on guitars during the recording of "Warriors", giving them more depth than they had been allowed on "I, Assassin". Numan asked to be the saxophone player on the album, as he admired his work on the "" film score. Numan later described Morrissey as "brilliant, a musical genius. First take, perfect, not a single note wrong." ["Praying to the Aliens: An Autobiography" by Gary Numan with Steve Malins. (1997, André Deutsch Limited), p.180] Ultimately, Morrissey would contribute to five Numan albums, from 1983 to 1991. Female backing vocals were also introduced to the Numan sound on "Warriors". Tracey Ackerman provided backing vocals on the album.

Unfortunately, Numan and Bill Nelson quarrelled during the "Warriors" recording sessions; both men had different ideas as to how the album should sound, and shared differing philosophies on music in general. Numan later recalled:

The relationship between Numan and Nelson deteriorated to the point that Numan "would go out and play pool" while Nelson worked in the studio. Numan ultimately disliked Nelson's mix of "Warriors" (finding it "too tinny"), and so he remixed the album and made changes to the track listing: both parts of "My Car Slides" and "Poetry and Power" were relegated to B-side status (their place on the album being taken by other tracks), and "Sister Surprise" and "The Tick Tock Man" were almost completely re-recorded.

Numan floated prospective titles for the new album amongst his fanbase. Fans were given the opportunity to vote for one of three potential album titles - "This Prison Moon", "Poetry and Power" and "Glasshouse." Numan ultimately overruled the fans' preference of "This Prison Moon" and chose "Warriors" as the album's title. ["Electric Pioneer: An Armchair Guide to Gary Numan" by Paul Goodwin. (2004, Helter Skelter Publishing), p.33] Numan's image for the "Warriors" album, singles, and live tour (consisting of black leather costume with weapon accessories, set against a post-apocalyptic backdrop) was influenced by the film "" (1981). Many parts of the actual costume came from a sex shop in Soho, London.

"Warriors" was released as the first single off the album in August 1983, reaching #20 in the UK charts (a reasonable performance, though a notable drop from Numan's commercial heyday). Numan later claimed that the single's chart performance was "killed" because it was released as a picture disc, and the week it was released, the chart compilers decided that picture discs were ineligible and didn't count their sales." ["Praying to the Aliens: An Autobiography" by Gary Numan with Steve Malins. (1997, André Deutsch Limited), p.182] The album itself was released the following month, reaching number 12 on the UK charts, four places lower than "I, Assassin". This has been credited partially to lack of promotion on the part of Beggars Banquet. The album spent six weeks in the charts, and despite its relatively-low chart placement, it gathered some of the best reviews Numan has ever had in the UK music press. In October a shorter, re-recorded version of "Sister Surprise" was released as the second and final single off the album. It narrowly managed to miss the top 30 by charting at #32, making it the worst-charting Numan solo single at that time. Due to Numan's dissatisfaction with Beggars Banquet and major record companies in general, he decided to form his record label, Numa Records, which would release his next three studio albums.

"Warriors" was supported by a 40-date UK tour from September to October 1983 (with support from robotic mime and music duo ). It was Numan's first live tour in the UK since his Wembley farewell concerts in 1981. Numan's friend and former bassist, , made a surprise onstage appearance (to thunderous fan applause) during a "Warriors" show at the Hammersmith Odeon, London. To date, no live albums or videos from the 1983 tour have been officially released.

A ed version of the "Warriors" album was released on CD in 2002, with six bonus tracks.

All songs are written by Gary Numan except for "I Am Render", with music by John Webb, and lyrics by Numan.

* The song "I am Render" is based on 's novel "" (the novel's protagonist is Dr. Charles Render).
* The song "My Centurion" was inspired by Numan's near-fatal 1982 plane crash.

Bonus tracks on the 2002 reissue

* "Nameless and Forgotten", originally titled "Gangster Strut", is a demo recording with elements of which were later developed into "Sister Surprise" and "This is New Love" (the latter being a track on the "Berserker" album). The existence of the track was forgotten by everyone, including Numan, until it was rediscovered during research for the album reissue. The title "Nameless and Forgotten" was suggested by Numan as a fitting one.