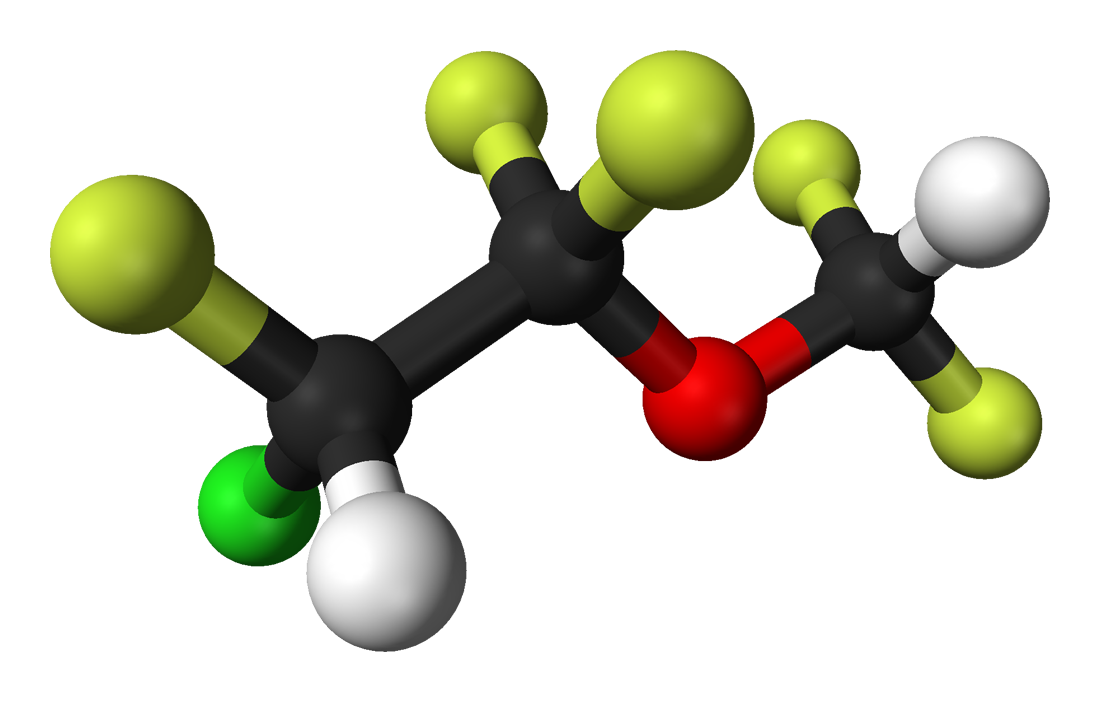 Enflurane (2-chloro-1,1,2,-trifluoroethyl-difluoromethyl ether) is a that was commonly used for inhalational during the 1970s and 1980s. Developed by in 1963, it was first used clinically in 1966.

Enflurane is a structural of . It vaporizes readily, but is a liquid at room temperature.

Clinically, enflurane produces a dose-related depression of with an associated decrease in myocardial oxygen consumption. Between 2% and 5% of the inhaled dose is oxidised in the liver, producing ions and difluoromethoxy-difluoroacetic acid. This is significantly higher than the metabolism of its structural isomer .

Enflurane also lowers the threshold for and should especially not be used on people with . It is also known to cause .

Relaxes the uterus (can cause spontaneous birth) in pregnant woman.