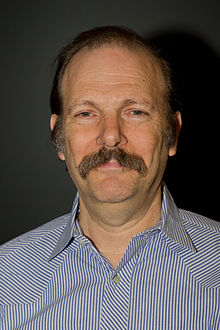 Moshe Ya'akov Vardi (Hebrew: משה יעקב ורדי‎) is a Professor of Computer Science at Rice University, USA. He is the Karen Ostrum George Professor in Computational Engineering, Distinguished Service Professor, and Director of the Computer and Information Technology Institute. His interests focus on applications of logic to computer science, including database theory, finite-model theory, knowledge in multi-agent systems, computer-aided verification and reasoning, and teaching logic across the curriculum. He is a renowned expert in model checking, constraint satisfaction and database theory, common knowledge (logic), and theoretical computer science.

Moshe Y. Vardi is the author of over 400 technical papers as well as the editor of several collections. He has authored the books Reasoning About Knowledge with Ronald Fagin, Joseph Y. Halpern, and Yoram Moses, and Finite Model Theory and Its Applications with Erich Grädel, Phokion G. Kolaitis, Leonid Libkin, Maarten Marx, Joel Spencer, Yde Venema, and Scott Weinstein. He is also the editor-in-chief of Communications of the ACM.

He holds honorary doctorates from Saarland University, Germany, and the University of Orleans, France. Dr Vardi is an editor of several international journals and the president of the International Federation of Computational Logicians. He is a Guggenheim Fellow,[1] as well as a Fellow of the Association of Computing Machinery, the American Association for the Advancement of Science, and the American Association for Artificial Intelligence. He was designated Highly Cited Researcher by the Institute for Scientific Information, and was elected as a member of the US National Academy of Engineering, the European Academy of Sciences, and the Academia Europea. He was named to the American Academy of Arts and Sciences in 2010. He has also co-chaired the ACM Task Force on Job Migration.