Ludenberg is an urban borough of Düsseldorf. It borders on Gerresheim, Grafenberg, Hubbelrath and Rath. 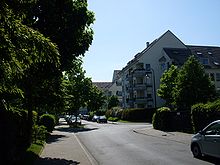 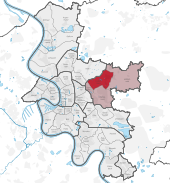 map of Düsseldorf, showing Ludenberg (in red) within District 7 (in pink)

Ludenberg has a lot of infrastructure: