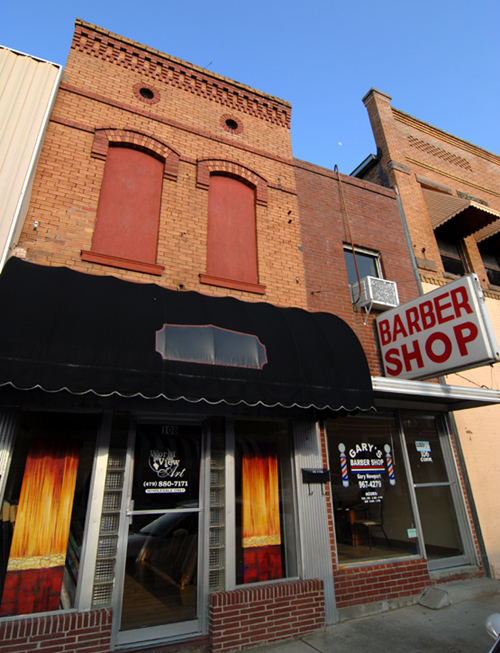 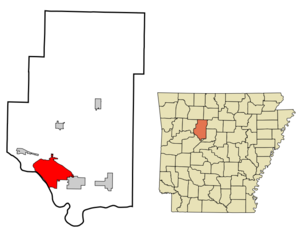 mapsize = 250px
map_caption = Location in Pope County and the state of

Russellville is a city in Pope County, , . According to 2005 Census Bureau estimates, the population of the city was 25,520, ranking it as the state's 16th largest city, behind West Memphis. The ZIP codes are 72802 and 72801. The city is the of Pope County.GR|6 It has a four year college () and , Arkansas's only . Russellville borders as well as the . The town was named after Dr. Thomas Russell. The town was almost named Shinnville after a prominent business owner whose last name was Shinn. According to the 2007 US Census, Russellville now has a population of 26,700

Russellville is the principal city of the Russellville Micropolitan Statistical Area, which includes all of Pope and Yell counties.

There were 9,241 households out of which 31.4% had children under the age of 18 living with them, 49.7% were married couples living together, 12.1% had a female householder with no husband present, and 35.0% were non-families. 28.4% of all households were made up of individuals and 10.4% had someone living alone who was 65 years of age or older. The average household size was 2.39 and the average family size was 2.95.

On , , of , killed all fourteen members of his family during a reunion in Dover. Two days later, he walked into downtown Russellville and started shooting at people, killing two and wounding another two. It is assumed that Simmons was attempting to "go after" people he thought had mistreated him, as he went after previous employers and co-workers, not just random people. Simmons was arrested without resistance and was sentenced to death on , , and was executed on , , the quickest sentence-to-execution time in the United States since the death penalty was reinstated in .