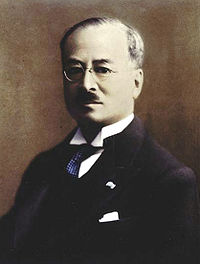 Kido was the grandson of Kido Takayoshi, one of the leaders of the Meiji Restoration. A graduate of Kyoto University, he held numerous minor bureaucratic posts before becoming Minister of Education in the first Konoe cabinet (1937), and Home Minister in the Hiranuma Cabinet (1939). During the period from 1937 to 1939 Kido adopted the conspirator's views and devoted himself to this policy wholeheartedly. Kido was zealous in pursuit of the war, even resisting efforts of the general staff to shorten the war by making terms with China. He was intent on Japan's complete military and political domination of China, the whole of East Asia, and South East Asian regions. As education minister he applied himself to the development of a warlike spirit in Japan. He was active with Konoye to replace existing political parties with a single party to dominate all political action. Lord Keeper of the Privy Seal (1940), he recommended to the Emperor that Fumimaro Konoe succeed Mitsumasa Yonai for a second term as Prime Minister of Japan. In 1941, he recommended that Hideki Tōjō become Prime Minister after Konoe.

Kido was also one of the more cautious advisors to the emperor at the beginning of World War II (because he feared the powers of western allies), and one of the chief advocates of peace at the end (trying to ingratiate himself with the conquerors). Kido is known to have advised the emperor against attacking the Dutch East Indies in 1941, explaining that such an attack might provoke the United States into war, and that any oil obtained by taking the East Indies would still have to be transported, and would be subject to blockades and attacks by plane and submarine. Kido also claimed after the war that Emperor Hirohito was never aware of the plans to attack Pearl Harbor until after the attack occurred. Four years later, at the end of the war, Kido is generally credited with convincing the government to accept the Potsdam Declaration and surrender. He also convinced the emperor that it would be necessary to deliver a personal speech in order to ensure that all civilians and soldiers would cease fighting. 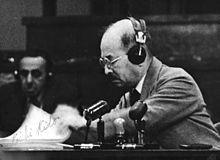 Kido was not only the chief advisor to the emperor; he was a major liaison between the emperor and the government, and a representative of the Japanese government to the Allied Occupation Forces. He advised General MacArthur on many aspects of the logistics surrounding the surrender, the end of the war, and the Occupation of Japan. One of his chief motives was consistently to protect the honor of the emperor.

In the International Military Tribunal for the Far East held in Tokyo after the war, Kido was charged as a Class A War Criminal. He initially attempted to plead guilty in order to protect the emperor by taking all responsibility for imperial decisions advocating war unto himself. His personal diary, kept in detail since 1930, was voluntarily turned over to the prosecution, and became a famous and important document in determining the internal workings of the Japanese government during the war. However, none of the lengthy interrogations of Kido were ever entered into direct evidence, and in his testimony as well as the parts of the diary released to the public, he never quoted the Emperor's exact words. Kido was found guilty of Counts 1, 27, 29, 31, and 32, and was sentenced to life imprisonment in Sugamo Prison, Tokyo.

In 1951, as the Occupation of Japan was ending, Kido sent a message to the emperor, advising him as he had advised three years earlier, to accept responsibility for the defeat and abdicate, at the end of the American Occupation. In addition, Kido opposed the idea of continuing to punish war criminals under Japanese law after the end of the American Occupation. According to his diary, "those called war criminals by the enemy's standards, especially those in responsible positions, were all performing loyal duties, and to punish them in the name of the emperor would be unbearable" (Dower 477).

In 1953, due to health problems, Kido was released from prison. He lived the rest of his life in Oiso, and had a flat in Tokyo's Aoyama. He died at age 88 in 1977. His grave is at the Tama Cemetery in Tokyo.