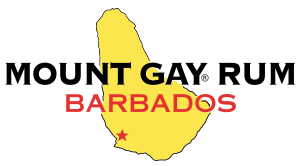 Mount Gay Rum is sold in 66 countries across the world, its primary export market being the United States.[3] 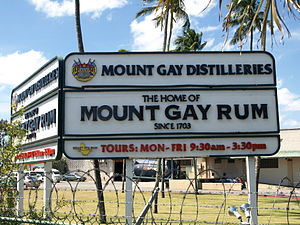 Mount Gay Rum has been closely associated with sailing and a popular rum preference among sailors over the many years of its existence. Barbados, the most deeply British of the West Indian cultures, is often the first landfall for ships following the prevailing trade winds and Gulf Stream currents from Europe to the Caribbean. Despite Mount Gay being favoured by sailors worldwide, the island of Barbados, rather ironically, is not considered to be an ideal cruising area for sailing yachts due to its open exposure to the frequent swells of both the northern and equatorial Atlantic, and to the lack of generally calmer seas or the true natural harbors one finds throughout the rest of the Antilles to the west (i.e. Antigua's English Harbour, or St. Georges in Grenada). 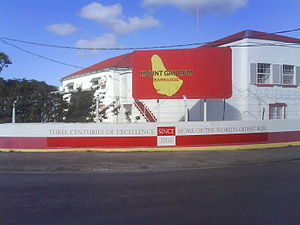 The little red star on the image of the island on Mount Gay Rum's famous bottle label represents the capital of Barbados, Bridgetown, not the location of the distilleries, which are actually in the northern part of the island.[5][6] In the Bridgetown area, Mount Gay maintains the Mount Gay Rum Visitors Centre on the Spring Garden Highway in Brandons, Saint Michael, Barbados.[7][8]

The company throughout the 20th century was in the hands of the Ward family in the parish of St. Peter. The Ward family resides in the northernmost parish of St. Lucy, where they have extensive agricultural holdings, and where the best of the sugarcane on the island originates.

The distributors of Mount Gay rum company are today among the main sponsors of the United States Sailing Association.[9] They also sponsor over 110 regatta events worldwide, with approximately 50 of those based in the United States. Of these the Newport Beach to Ensenada, Mexico race is one of the largest private yacht races in the world. Also, Mount Gay gives away distinctive red hats to top competitors at its sponsored regattas. These hats are prized amongst top sailors.

Several varieties of Mount Gay Rum are produced, including: White, Extra Old, flavored (both mango and vanilla flavors are produced), as well as the flagship brand: Mount Gay Eclipse."

Available in vanilla and mango

Mount Gay Eclipse rum has a very distinctive flavor. There are other rums made on the island, but they are only made in very small batches, and are never seen anywhere outside of Barbados.[10]

Notable Spirit ratings for Mount Gay rums include scores of: 95 ("Exceptional") for its Extra Old offering at the Beverage Tasting Institute's 2008 Competition and a Gold rating for Eclipse Gold at the 2009 San Francisco World Spirits Competition.[11])

Quite notably, the first drink Daniel Craig orders in Casino Royale (2006) is not his trademark martini but a Mount Gay Rum with soda. Author Ian Fleming was a well known rum drinker who had a home on the island of Jamaica (Appleton Estate was his preferred Jamaican rum).