Geographically, the Chaldeans originate from central and southern Assyria, the Nineveh plains[4], where the ruins of the ancient Assyrian capitals of Nineveh and Nimrud are located.[5]

Chaldean Catholics in Jordan and Turkey

The 1896 Statistics of the Chaldean Catholics[6] counted 233 parishes and 177 churches or chapels. The Chaldean Catholic clergy numbered 248 priests; they were assisted by the religious of the Congregation of St. Hormizd (Rabban-Hormizd) who numbered about one hundred. There were about 52 Chaldean schools (not counting those conducted by Latin nuns and missionaries). At Mosul there was a patriarchal seminary, distinct from the Chaldean seminary directed by the Dominicans. The total number of the Chaldean Christians is nearly 1.4 million, 78,000 of whom are in the Diocese of Mosul.

The patriarch considers Baghdad as the principal city of his see. His title of "Patriarch of Babylon" results from the identification of Baghdad with ancient Babylon (Baghdad is 55 miles north of the ancient city of Babylon and corresponds to northern Babylonia). However, the Chaldean patriarch resides habitually at Mosul and reserves for himself the direct administration of this diocese and that of Baghdad. There are five archbishops (resident respectively at Basra, Diyarbakır, Kirkuk, Salmas and Urmia) and seven bishops. Eight patriarchal vicars govern the small Chaldean communities dispersed throughout Turkey and Persia. The Chaldean clergy, especially the monks of Rabban-Hormizd, have established some missionary stations in the mountain districts inhabited by Nestorians. Three dioceses are in Persia, the others in Turkey.

The literary revival in the early 20th century was mostly due to the Lazarist, Pere Bedjan, a Persian Chaldean Catholic, who devoted much industry and learning to popularizing among his people, including Catholics, Orthodox Christians and the Assyrian Church, their ancient chronicles, the lives of Assyrian saints and martyrs, even works of the ancient Assyrian doctors.[7] 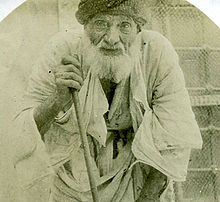