The Meanest of Times

The Meanest of Times 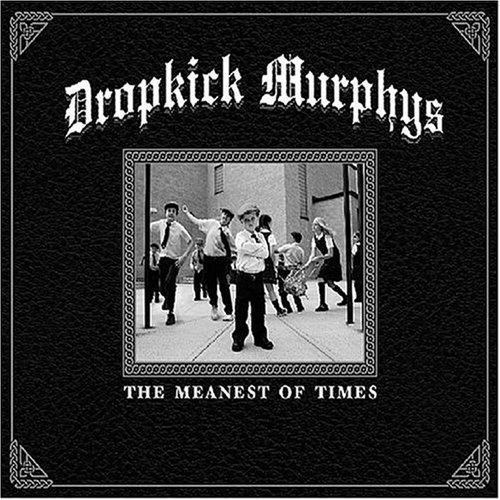 "The Meanest of Times" is the sixth album by the . It was released on , by their new , Born & Bred Records, a division of . [ [http://www.punknews.org/article/24523 Dropkick Murphys announce new album details] ] That makes this their major label debut, as all of their previous albums were released on the independent label .

The picture on the album's cover was taken at Saint Brendan School in , close to from whence the band hails. Local kids posed in the picture to make it look like it was taken in an old Irish school.Fact|date=January 2008

The first songs from the album were heard through the band's page starting in August 2007. The first track to appear was "(F)lannigan's Ball", which was actually a different version than what is featured on the album, as it featured vocals by and rather than and . [ [http://www.punknews.org/article/25050 Punknews.org | Dropkick Murphys: "(F)lannigan's Ball" (alternate version) ] ]

A cover version of The State of Massachusetts is available for download in a special Indie rock pack on , and Famous for Nothing, (F)Lanningan's Ball, and Johnny, I Hardly Knew Ya was available as a three song track pack on .

Multiple versions of the album were released, across different mediums and regions. All versions feature the same initial 15 tracks, but have different bonus tracks. The European version includes a cover of the song "Jailbreak". A deluxe vinyl edition, which features the album spread out over two 12" records, includes two bonus tracks, "Promised Land" and a cover of song "". The vinyl release also includes the album on CD, but the CD only includes the first 15 tracks. The deluxe edition of the release includes three bonus tracks, "Forever" (acoustic version), "The Thick Skin of Defiance" and "Breakdown". The bonus tracks from the iTunes release are also available on "The State of Massachusetts" EP that was released in the UK in February 2008 [ [http://www.cookingvinyl.com/release_info.php?id=475 RELEASE INFO - Cooking Vinyl UK] ] .

A limited edition version of the album was released on March 11, 2008. It includes 5 bonus tracks (including the European bonus track, all three iTunes bonus tracks as well as the original version of "(F)lannigan's Ball") as well as a DVD. [ [http://www.musicpix.net/modules.php?op=modload&name=News&file=article&sid=952 Dropkick Murphys On Letterman Tonight * Announce St. Patty's Day Limited Edition Release of "The Meanest Of Times" on 3/11 & Tour Dates :: Musicpix.net] ]