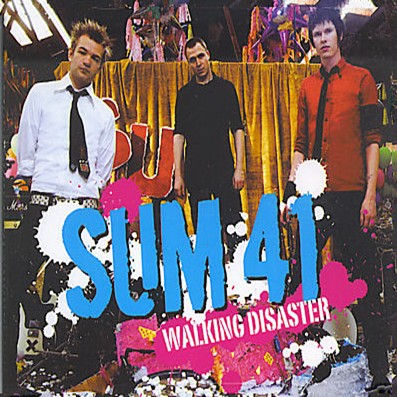 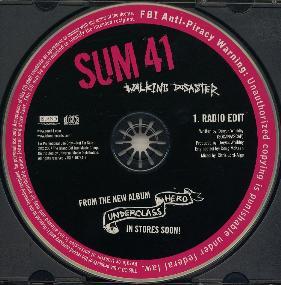 Written by , “Walking Disaster” is a classic, upbeat pop-punk song, drawing similarities from “” (another song on the “” album). According to Whibley, the song illustrates his tattered childhood and his reflections as an adult. The song, being somewhat chronological, opens with “Mom and Dad both in denial, an only child to take the blame”, a vision of Whibley’s past, damaged by his conflicting parents. “Walking Disaster” ends on an optimistic note, “I can’t wait to see you smile, wouldn’t miss it for the world”, expressing his maturation as an adult, in the light of being able to see things differently and ultimately, understanding his childhood.

Walking Disaster is a song that captures the concept of “confusion and frustration of modern society”, the underlying theme in “Underclass Hero”.

Sum 41 recorded the for "Walking Disaster" while in Los Angeles during the time of their stay when they performed on Jay Leno. [ [http://www.antimusic.com/news/07/aug/0208.shtml Sum 41 Debut in Top 10 - antiMUSIC News ] ] The video premiered on on . The video focuses on a toy robot walking around L.A. Meanwhile the band is playing in a toy store in . In the end the robot finds his way back home to the toy store which has been trashed by Sum 41.