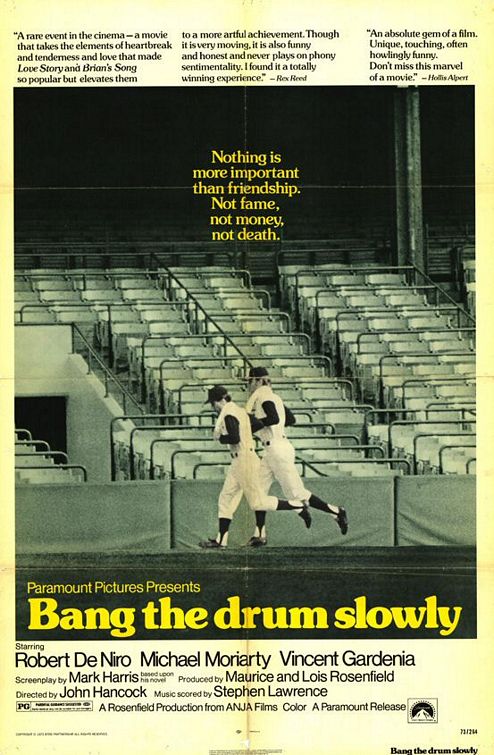 The 1973 film was directed by and stars as Wiggen, and a then young unknown actor named in the role of Pearson. It was met with box office success and critical acclaim. De Niro's performance in the film and in "", released two months later, brought him widespread acclaim. Compared with other roles which have seemed to typecast him as a troubled loner (as in "", "", and "") or a charismatic sociopath (as in "", "", "" and "Cape Fear"), the Pearson role has been regarded as one of his more tragic and sensitive characters.

The opening scenes of the movie show the stars running the track at before its 1973 to 1976 renovation, but due to the renovation, the baseball scenes were filmed in .

The film and book include a fictional card game known as tegwar, which means "The Exciting Game Without Any Rules." It is a game basically designed to separate a sucker from his cash. Henry Wiggen plays this game along with other ballplayers and coaches, to sucker passers-by in the lobby of the team hotel. It is generally believed that Bruce Pearson is too dumb to be able to sucker people, so he is excluded. However, Henry begins to include Bruce in the tegwar games as the story progresses.