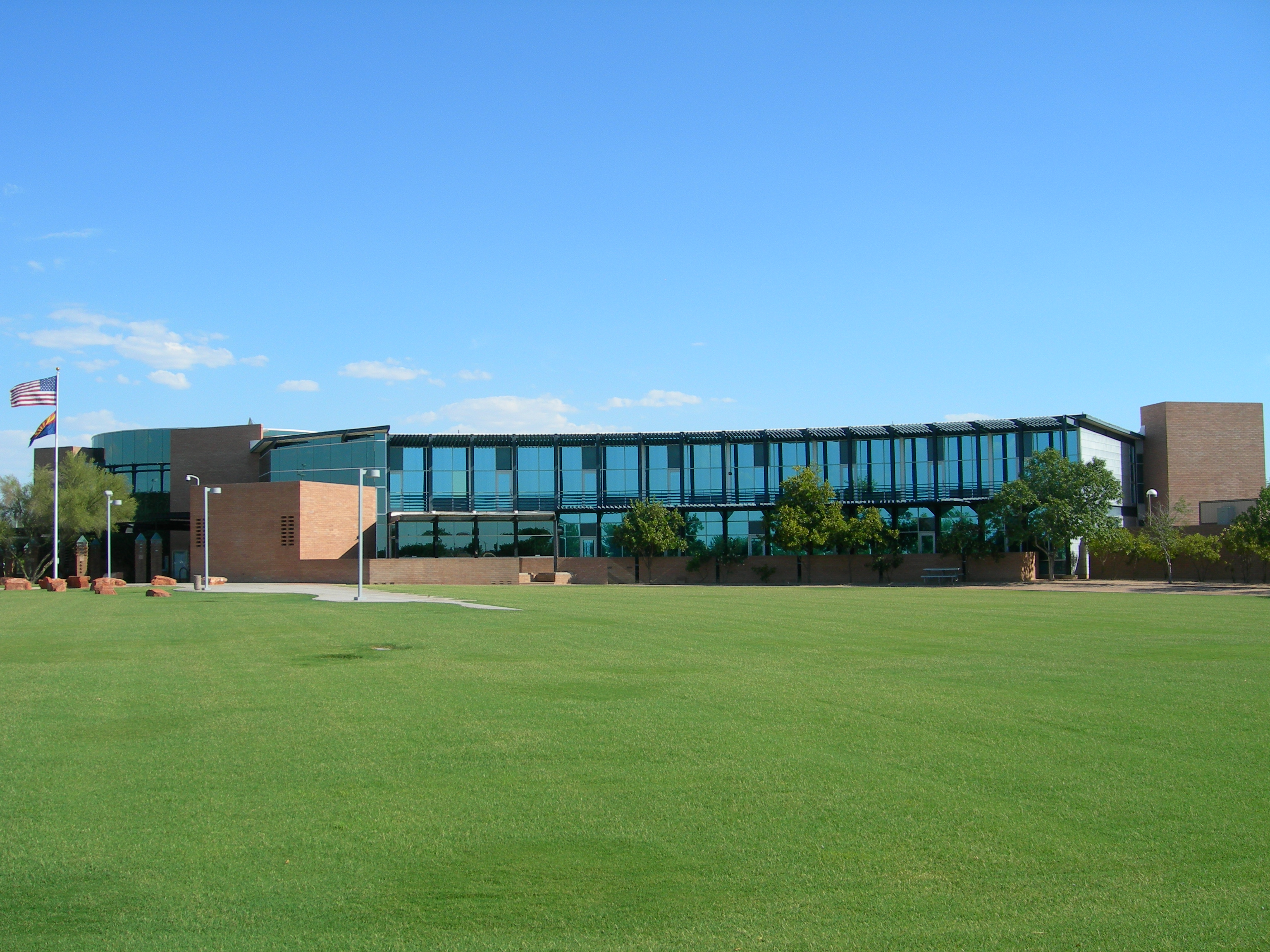 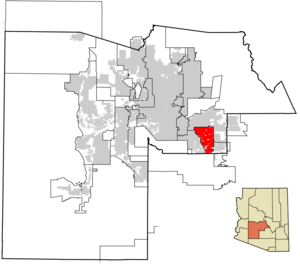 Gilbert is a large town in Maricopa County, , . It was founded on , as a rail siding for Arizona Eastern Railway, and the town that sprang up around it was incorporated as the Town of Gilbert in 1920. Gilbert received its name from William "Bobby" Gilbert, the owner of the property that the rail siding was built on. From 1911 through the 1920s, Gilbert was known as the Hay Capital of the World.

There were 35,405 households out of which 50.8% had children under the age of 18 living with them, 69.5% were married couples living together, 8.3% had a female householder with no husband present, and 18.3% were non-families. 12.7% of all households were made up of individuals and 1.8% had someone living alone who was 65 years of age or older. The average household size was 3.10 and the average family size was 3.42.

Various religious denominations are represented in Gilbert, including 17.26% claiming to be Catholic, 11.12% Protestant and 5.06% Mormon.Fact|date=August 2008 The town has been known for its high Mormon population, a fact evidenced by the LDS church's recent announcement to construct a temple in Gilbert. [ [http://www.sltrib.com/lds/ci_9071215?source=rss LDS Church announces two new temples in Arizona - Salt Lake Tribune ] ] [ [http://www.ldschurchtemples.com/gilbert/ Gilbert Arizona Temple] , ldschurchtemples.com. Last accessed on .] Gilbert is also rated as a town of relatively low crime. According to the [http://www.fbi.gov/filelink.html?file=/ucr/05cius/data/documents/05tbl08.xls FBI database] , Gilbert was the largest city in the United States with zero murders in 2005.

Gilbert, Arizona is a predominantly Republican and politically conservative community that markets itself as family-friendly. The town is part of the sixth congressional district of Arizona, which is represented by Republican . [ [http://flake.house.gov/District/ US Congressman Jeff Flake ] ] The Mayor of the Town of Gilbert is . On , , the Town Council primary election took place. The voters reelected Councilman Steve Urie and current Vice Mayor Dave Crozier to the Town Council. Former Vice Mayor Linda Abbott was also elected to the Town Council. Incumbent Councilman Les Presmyk defeated challenger Dwayne Farnsworth in the most recent General Election on , , retaining his seat on the Town Council.Fact|date=April 2008

Gilbert is served by one area freeway -- the Santan Freeway portion of the Loop 202 beltway around the East Valley. Several major arterials also serve the area, including Williams Field Road, Chandler Boulevard, and Gilbert Road. The town enjoys relative closeness to , which is located in east Mesa; and is a twenty-five minute drive from .

Recently, a facility was constructed in downtown Gilbert for bus service and future service. Although the facility borders the (formerly ) tracks and has provisions for commuter rail service, there is currently no such service. However, buses operate to downtown Phoenix from here, and future commuter rail service to Gilbert will require little modification since most of the facilities are already built.Fact|date=June 2008


*, professional player, lives in Gilbert.
*Dave Burba currently lives in Gilbert, Arizona. He was a former star pitcher of the late 1990s Indians teams.Fact|date=April 2008
*Shad Chadwick, (Heeler) and Resistol team roping Rookie of the Year for 1995, attended Gilbert High School. [http://sports.espn.go.com/prorodeo/features/bio?page=g_bio_PRCA_Chadwick_Shad]
*, for the , played for Highland High School and was drafted in the third round (79th overall) of the 2004 NFL Draft by the . [ [http://www.nfl.com/players/playerpage/492913 NFL Players ] ]
*Bruce Perkins, in NFL for 2 years in 1990-91 lives in Gilbert.Fact|date=August 2008
*, American best known for , lives in Gilbert.
*, for the played for Highland High School and made his debut on , . [ [http://www.nfl.com/players/playerpage/547043 NFL Players ] ] , [ [http://la.galaxy.mlsnet.com/players/bio.jsp?team=t106&player=gordon_a&playerId=gor137067&statType=current Los Angeles Galaxy: Roster: Player Bio ] ]
*, Miss USA 1980, former television actress and news anchor ,
*Alan Gordon plays for the in the and was born in Gilbert on , .
*, All-Star player for the , raises horses and other animals on a ranch in Gilbert with his family.
*, from 1985-1999; has been a TV broadcaster for the since 2001. Currently lives in Gilbert even though he's a native of Los Angeles.
*, of , lives in Gilbert. [ [http://bbs.jimmyeatworld.com/blog/bio.php?varUser=zach Jimmy Eat World ] ]
*, and retired lives in Gilbert. [ [http://www.jsc.nasa.gov/Bios/htmlbios/noriega.html Astronaut Bio: Carlos I. Noriega (1/2008) ] ]
*Phil (Kemo) Ortega, from 1960-1969, was born in Gilbert on , . [ [http://www.baseball-reference.com/o/ortegph01.shtml Phil Ortega Statistics - Baseball-Reference.com ] ]
*Roy Wayne Farris, an American Pro Wrestler (better known by his ring name, "The Honky Tonk Man"), lives in Gilbert