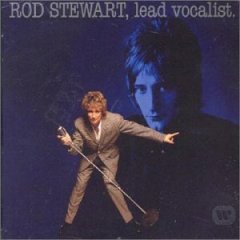 "Lead Vocalist" was released on the heels of Rod receiving the prestigious Outstanding Contribution or Lifetime Achievement Award at the BRITs. The album was advertised appropriately as a “celebration of Rod's glittering career.” It opens with seven tracks from earlier in Rod’s career. Notably, four of these were not from his solo career. “I Ain’t Superstitious” was released while with , “Cindy Incidentally”, “Stay with Me”, and “Sweet Lady Mary” had all been released on Faces albums. "Lead Vocalist" closes with five new releases – all . The new releases were recorded at Woodstock House in and in .

"Lead Vocalist" went to #3 on the UK charts.

*For Tracks 1-7 see the original recordings