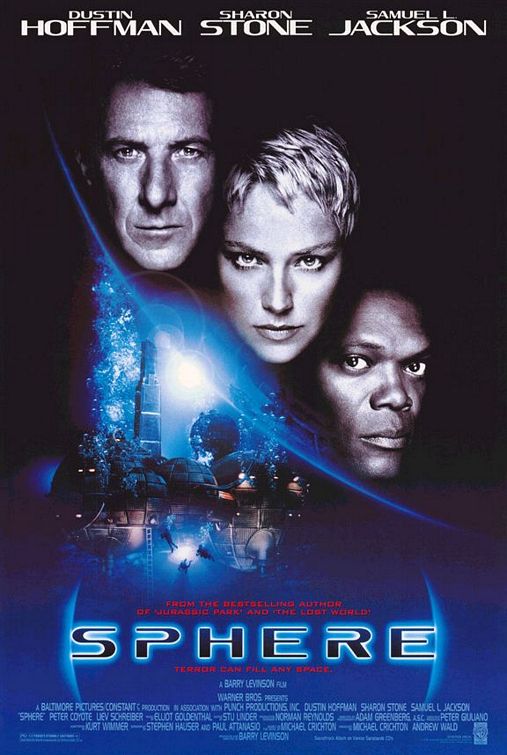 In the middle of the South Pacific, a thousand feet below the surface of the water, an alien spacecraft is discovered by the U.S. Navy. The thickness of growth on it suggests that it has been there for a few hundred years. A team made up of a marine biologist, a mathematician, an astrophysicist, a psychologist and a member of the U.S. Navy is tasked with investigating the spaceship. The team are housed in a state&ndash;of&ndash;the&ndash;art underwater living environment called the Habitat during their stay on the ocean floor.

Upon entering the spaceship, the team makes two discoveries. The first is that the ship is American, and was in service in the future, gathering objects from around the galaxy to bring back to Earth, until an "Unknown (Entry) Event" takes place. However the exact year from when the apparently American spaceship came from cannot be verified. This is due to the date format which only indicates the last two digits of the year, 06/21/43, which could indicate an infinite possible time from the future. Harry then concludes that the ship has travelled 50 years back from the future: 2043.

The second find is a large perfect sphere held inside the ship which has very unusual properties.

Based on information gleaned from the ship's log, Ted hypothesizes that the unknown event in the ship's log was the ship's entry into a , which propelled it several hundred years backwards through time.

Harry then comes to the conclusion that they will all die on the ocean floor, because if the trip through the hole that happened in the future was called an "Unknown Event," then the team never made it back to the surface to tell anyone about it. While seemingly impenetrable, Harry finds a way to enter the sphere.

Harry's entry into the sphere prevents the team from evacuating before the arrival of a strong storm on the surface, forcing them to stay below for a week. The group then faces a series of crises: the death of a navy technician by aggressive , an attack from a , electrical fires and , all of which are caused by what appears to be an alien intelligence (which calls itself 'Jerry') which has been trapped in the sphere.

Over the course of the film various members of the team are killed off until only Harry, Norman, and Beth remain. At this point, they realize that all three have entered the Sphere, that it has given them the power to manifest their thoughts into reality, and that all of the disasters that had been plaguing them were the result of manifestations of the worst parts of their own minds. The entity 'Jerry' turns out to be Harry's subconscious communicating with them through their computer system while Harry is asleep.

At that point, Beth's suicidal thoughts manifest themselves as triggering a countdown to trigger the explosives that were brought along to clear away the coral. They abandon the habitat for the mini&ndash;sub docked at the other habitat, but are unable to leave as their fears manifest more illusions. Norman finally sees through the illusion, and punches the mini&ndash;sub's emergency surfacing button. The explosives destroy the Habitat and the spaceship, but the Sphere itself remains undamaged. The mini&ndash;sub escapes to the surface to dock with the returning surface ships, permitting the survivors to begin safe decompression.

The film ends with the three deciding to use their powers to erase their own memories before being debriefed, in order to prevent them from falling into the wrong hands. Thus, Harry's paradox, in which they are alive yet no one has learned about the "unknown event", is resolved. As they erase their own memories of the "unknown event", the Sphere is seen emerging from the ocean and flying off into space.

It is noteworthy that the film was considered a disappointment to many fans of Michael Crichton's novel. The film drifts away from the book in several places. In an interview, Dustin Hoffman stated that they were not ready to release the film and that there was so much more that they wanted to do with it, but simply had no ability to do so due to a time constraint.Fact|date=July 2007

Frederic Brussat stated Sphere was "a sci-fi thriller that presents a riveting and rounded anatomy of fear." However, other reviewers were less complimentary; David Steritt claimed Sphere amounted to little more than "a run-of-the-mill fantasy, competently produced but disappointingly familiar," while Chris Grunden stated "This journey is a road to nowhere."Fact|date=August 2008

Sphere currently holds a 17% fresh rating at rottentomatoes, with an average score of 4.4/10.

Comparison between the film and novel

*In the novel, Harry had a terrible headache after entering the sphere. He didn't even remember what happened inside and advised that everyone in the habitat should return to the surface immediately, claiming it was not safe in there anymore. While in the movie, Harry was seen as enthusiastic and not having the terrible headache at all. ["Sphere", Michael Crichton, Ballantine Books, June 1997, p. 134]

*The exact position Barnes holds with the government is never explained in the film (he is called 'captain', but does not wear a military uniform). In the novel, Beth discovers (and relates to Norman) that Barnes works at the Pentagon in weapons acquisition. ["Sphere", Michael Crichton, Ballantine Books, June 1997, p. 24]

*In the film, the team does not realize the true nature of the ship until they are already inside, and Norman discovers a receptacle marked "Trash - Basura". In the novel, before the team even goes over to the ship, a robotic probe at the door of the spaceship discovers a control panel marked with the words "Emergency Ready", "Emergency Lock", and "Emergency Open". ["Sphere", Michael Crichton, Ballantine Books, June 1997, p. 65]

*While Harry does mention that he had been scared as a boy by the squid in "", and that he has an apprehension about eating squid, there is no scene in the novel where Harry nearly chokes when he is surprised to learn he is actually eating squid, and there is no scene where Norman has a sudden revelation about Harry's power when he discovers multiple copies of the book suddenly appearing. ["Sphere", Michael Crichton, Ballantine Books, June 1997, p. 145] ["Sphere", Michael Crichton, Ballantine Books, June 1997, p. 159-161]

*The giant squid was seen visually in the novel. While in the movie, the only way the characters knew a giant squid was approaching was because of its image on the fast imager. In the novel, one of the squid's appearances is while Norman is going over to the other habitat to reset the automatic return timer on the minisub. Norman is forced to hide in the other habitat. The squid is able to peer through a porthole while using its tentacles to search for Norman in the habitat. He escapes after finding s tipped with explosives. This scene is replaced in the film with Norman's suit malfunction and the sea snake encounter. ["Sphere", Michael Crichton, Ballantine Books, June 1997, p. 241]

*In the novel, there was another member of the team, a marine biologist named Arthur Levine, who did not descend when he became claustrophobic in the minisub. ["Sphere", Michael Crichton, Ballantine Books, June 1997, p. 60]

*The film never hints at what is in the sphere. The novel only describes an image of moving lights ("like fireflies"). When Norman enters the sphere, he talks with an unknown entity, which generally responds to Norman's questions in riddles. At the end of the conversation, the "voice" finishes with part of a speech which Norman had delivered at a conference; implying that the "voice" that Norman hears is his own consciousness. ["Sphere", Michael Crichton, Ballantine Books, June 1997, p. 154] ["Sphere", Michael Crichton, Ballantine Books, June 1997, p. 331-336]

*In the film, Norman tells Harry that he had written the bogus ULF report for the "Bush" administration. In the novel, the report was written for the "Carter" administration. ["Sphere", Michael Crichton, Ballantine Books, June 1997, p. 13]

*In the novel, there are times when Harry and Beth manifest people instead of animals. This is not shown in the film. ["Sphere", Michael Crichton, Ballantine Books, June 1997, p. 219] ["Sphere", Michael Crichton, Ballantine Books, June 1997, p. 286]
*At the end of the film, Harry, Beth, and Norman decide to use their power to force themselves to forget about the sphere, which, when they do, causes the sphere to lift off the ocean floor and fly off into space. In the novel, the three make the same agreement, there is no scene of the sphere flying off, but there is a subtle implication that Beth did not follow through, and has secretly retained the power. ["Sphere", Michael Crichton, Ballantine Books, June 1997, p. 364-371]

The score for Sphere was composed by .