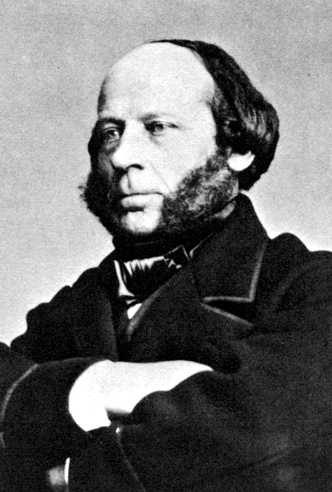 :"This article is about John Ericsson, the Swedish-American inventor. For John Ericson, the actor, see John Ericson.John Ericsson (, &ndash; , ) was a Swedish and mechanical , as was his brother, . He was born at in , , but primarily came to be active in the .

John's and Nils's father Olof Ericsson who worked as the supervisor for a mine in Värmland had lost money in speculations and had to move his family from Värmland to Forsvik in 1810. There he worked as a 'director of blastings' during the excavation of the Swedish . The extraordinary skills of the two brothers were discovered by Baltzar von Platen, the architect of the Göta Canal. The two brothers were dubbed cadets of mechanics of the Swedish Royal Navy and engaged as trainees at the canal enterprise. At the age of fourteen, John was already working independently as a surveyor. His assistant had to carry a footstool for him to reach the instruments during work.

At the age of seventeen he joined the in , serving in the , as a , but was soon promoted to . He was sent to northern Sweden to do surveying, and in his spare time he constructed a which used the fumes from the fire instead of steam as a propellant. His skill and interest in mechanics made him resign from the army and move to in 1826. However, his heat engine was no success, as his prototype was designed to use wood as fuel and would not work well with , which was the main fuel used in England.

Notwithstanding the disappointment, he invented several other mechanisms instead based on , improving the heating process by adding fans to increase supply to the fire bed. In 1829 the steam engine he built with , "Novelty", joined the , a competition arranged by the , although it was the fastest in the competition, it suffered recurring boiler problems and could not continue to compete, the competition being won by the English engineer George and his son with "Rocket".

By helping to quell the celebrated Astor House fire, Ericsson's steam fire engine proved an outstanding technical success, but met with resistance from London's established 'Fire Laddies' and municipal authorities. An engine Ericsson constructed for Sir John Franklin's use failed under the Antarctic conditions for which, out of Franklin's desire to conceal his destination, it had not been designed. At this stage of Ercisson's career the most successful and enduring of his inventions was the steam condenser, which allowed a steamer to produce fresh water for its boilers while at sea. His 'deep sea lead,' a pressure-activated fathometer was another minor, but enduring success.

The commercial failure and development costs of some of the machines devised and built by Ericsson during this period put him into debtors' prison for an interval and at this time he also married 19-year-old Amelia Byam, a marriage that was nothing but a huge disaster and ended in the couple's separation until Amelia's death.

He then improved the ship design with two screw-s moving in different directions (as opposed to earlier tests with this technology, which used a single screw). However, the disapproved of the invention, which led to the fortunate contact with the encouraging American captain who had Ericsson design a propeller steamer for him and told him to bring his invention to the United States of America, as it would supposedly be more welcomed in that milieu. As a result, Ericsson moved to in 1839. Stockton's plan was for Ericsson to oversee the development of a new class of with Stockton using his considerable political connections to grease the wheels. Finally, after the election of President , funds were allocated for a new design. Unfortunately they only received funding for a 700-ton instead of a frigate. The sloop eventually became the USS Princeton, named after Stockton's hometown.

The ship took about three years to complete and was perhaps the most advanced warship of its time. In addition to twin screw propellers, it was originally designed to mount a 12-inch muzzle loading gun on a revolving pedestal. The gun had also been designed by Ericsson and used the hoop construction method to pre-tension the , adding to its strength and safely allowing the use of a larger charge. Other innovations on the ship design included a collapsible funnel and an improved recoil system.

The relations between Ericsson and Stockton had grown tense over time and, nearing the completion of the ship, Stockton began working to force Ericsson out of the project. Stockton carefully avoided letting outsiders know that Ericsson was the primary inventor. Stockton attempted to claim as much credit for himself as possible, even designing a second 12-inch gun to be mounted on the Princeton. Unfortunately, not understanding the design of the first gun (originally name "The Orator", renamed by Stockton to "The Oregon"), the second gun was fatally flawed.

When the ship was initially launched it was a tremendous success. On "Princeton" won a speed competition against the paddle-steamer SS "Great Western", which had until then been regarded as the fastest steamer afloat. Unfortunately, during a demonstration firing of Stockton's gun the breech broke, killing the US Secretary of State and the Secretary of the Navy , as well as six others. Stockton attempted to deflect blame onto Ericsson with moderate success despite the fact that Ericsson's gun was sound and it was Stockton's gun that had failed. Stockton also refused to pay Ericsson and, using his political connections, Stockton managed to block the Navy from paying him. These actions led to Ericsson's deep resentment toward the US Navy.

Ericsson then proceeded to invent independently the caloric, or in the 1820's which used hot air, , in the scientific parlance of the day, instead of steam as a propellant. A similar device had been patented in 1816 by the Reverend , whose technical priority of invention provides the usual term 'Stirling Engine' for the device. Ericsson's engine was not initially successful due to the differences in combustion temperatures between Swedish wood and British coal. In spite of his setbacks, Ericsson was awarded the of the American Academy of Arts and Sciences in 1862 for his invention. In his later years, the caloric engine would render Ericsson comfortably wealthy, as its boilerless design made it a much safer and more practical means of power for small industry than steam engines. Ericsson's incorporation of a 'regenerator' heat sink for his engine made it tremendously fuel-efficient.

On Ericsson presented with drawings of iron-clad armored s with a -shaped gun tower, and even though the French emperor praised this invention, he did nothing to bring it to practical application.

Shortly after the broke out in 1861, the Confederacy quickly began developing an ironclad based on the hull of the USS "Merrimack" which had been burned by Federal troops before the naval base at Norfolk - Gosport Navy Yard - had been captured by the recently seceded . The addressed this issue in August 1861 and recommend that armored ships be built for the Union Navy. Ericsson still had a dislike of the U.S. Navy but he was convinced by to work on an ironclad for them. Ericsson presented drawings of the USS "Monitor", a totally unique and novel design of armoured ship, which after much controversy was eventually built and finished on . The ship went from plans to launch in approximately 100 days, an amazing achievement.

On , the Southern ironclad CSS "Virginia" was wreaking havoc on the Union Blockading Squadron in Virginia. Then, with the appearance of the "Monitor", a battle on at , , ended in a stalemate between the two iron warships, and saved the Northern fleet from defeat. After this, numerous monitors were built, and are believed to have considerably influenced the victory of the Northern states. Although primitive by modern standards, many basic design elements of the "Monitor" were copied in future warships by other designers.

Later, Ericsson worked with inventions, in particular "The Destroyer", a that could fire a cannon from an underwater port. He also provided some technical support for in his early submarine experiments. In the book "Contributions to the Centennial Exhibition" (1877, reprinted 1976) he presented his "sun engines", which collected solar heat for a . One of these designs earned Ericsson additional sums after being converted to work as a methane gas engine.

Although none of his inventions created any large industries, he is regarded as one of the most influential mechanical engineers ever. After his death in 1889 his remains were brought from the United States to by USS "Baltimore" and to the final resting place at , in his .

*The
*The
*The "" for the Union Navy in the , was both designed and built by Ericsson
* technology, especially "", an advanced .
*The solar machine, using concave mirrors to gather sun radiation strong enough to run an engine.
*
*Hoop gun construction

Monuments in honor of John Ericsson have been erected at:
* on The Mall in
*, in
* in
* in .
*John Ericsson fountain, , For ships named in his honor, see:
*USS "Ericsson"

In the 1936 film "", which takes place partially aboard the "Monitor", John Ericsson was portrayed by actor