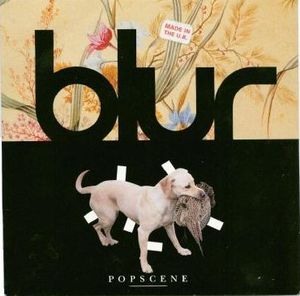 
"Popscene" is a song by English band Blur. It was released as a single, charting at #32 in the . The low chart placing came as a confidence blow for the band, who were struggling financially at the time. It was intended to have been the first single from Blur's cancelled second album, the remaining songs of which were placed as B-sides on various singles from their actual second album "", except for "Never Clever", the planned second single release, which was released to the Blur fan club several years later. "Popscene" was later included on the American version and the ese re-issue of "Modern Life Is Rubbish" (as "Pop Scene").

The song is an attack on the homogeneous nature of the music industry and it represented a change in musical direction for Blur. The song has since become a fan favourite and the band still play it live. It has been seen as one of the first Britpop singles to be released. The song has never been included on a UK Blur album. The video for "Popscene" can be found, however, on the accompanying of the band's compilation album, "".