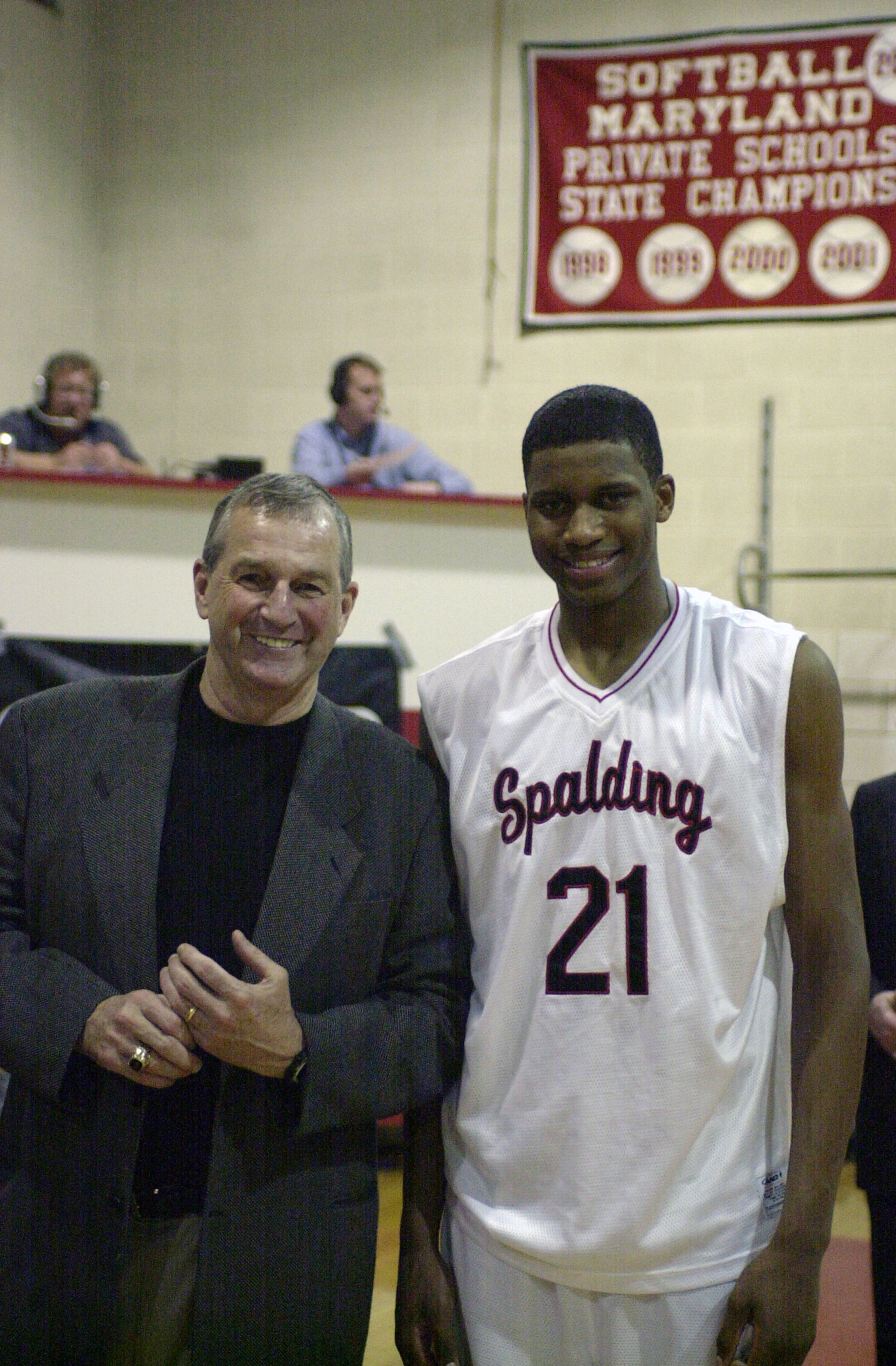 Calhoun was born and raised in Braintree, MA, where he was a standout on the basketball, football, and teams at Braintree High School. After his father died of a heart attack when Calhoun was 15, he was left to take care of his large family, including five siblings.

Although he received a basketball scholarship to Lowell State (now UMass Lowell), he only attended the school for three months, after which he returned home to help support his mother and siblings. He worked as a cutter, engraver, yard worker, factory worker, and .

After a 20-month leave from higher education, Calhoun returned to college, this time at in Springfield, , where he was given another basketball scholarship. He was the leading scorer on the team his junior and senior seasons, and captained the team in his final year, during which AIC advanced to the Division II playoffs. At the time he graduated, he was ranked as the fourth all-time scorer at AIC. Calhoun graduated in 1969 with a in .

On , Calhoun announced that he had been diagnosed with , two days after his worst home loss ever, a 34-point defeat to . He took an immediate leave of absence from the team and underwent surgery on to have his prostate removed. He was released from the hospital on and within days was back in the office, involved in the many day-to-day aspects of running the program. On Jim Calhoun returned to the sidelines for the team's match-up with St. John's at , only 13 days after successful surgery to eliminate his .

Calhoun and his wife, Pat, live in Pomfret, and have two sons and six grandchildren. They have been married since 1967. They have also purchased a $1.9 million home on Long Island Sound in . The couple is known for their , including the Pat and Jim Calhoun Cardiology Center at the UConn Health Center and the annual Jim Calhoun Holiday Food Drive.Fact|date=June 2008

UConn and Jim Calhoun made an announcement on May 30, 2008 that the coach was undergoing treatment for . He said he plans to continue coaching. [cite news|url=http://sports.espn.go.com/ncb/news/story?id=3419040|publisher=|title=Calhoun being treated for skin cancer, wants to continue coaching|date=2008-05-30]

Jim Calhoun began his coaching career at Lyme-Old Lyme High School in in 1965 after accepting a sixth grade teaching position in that town over the summer. After finishing 1-17 that season, Calhoun returned to Massachusetts after deciding not to complete the necessary certification paperwork to renew his teaching contract (he was certified in Mass. and working in Conn. only on a temporary certificate). After one season at Westport (Mass.) High, he accepted a position at Dedham High School and began building a very strong program. After completing a 20-1 season in 1971, Calhoun was quickly recruited by Northeastern University in Boston to serve as their new head coach. He took the position in October 1971, and quickly built Northeastern into the dominant power in the ECAC North Atlantic Conference. He also transitioned the team from Division II to Division I.

The team advanced to the Division I tournament 4 times under Calhoun. During his final three seasons, Northeastern achieved automatic bids to the NCAA tournament and had a 72-19 record. He received six regional Coach of the Year accolades at Northeastern and remains the institution's all-time winningest coach (245-138). Future captain , who played for Calhoun at Northeastern, was a first-round pick in the .

On , , Calhoun was named the head coach at the University of Connecticut. After completing his first season just 9-19, Calhoun led the Huskies to a 18-14 record in 1988 and a bid to . There they defeated Ohio State to win the NIT championship. In 1990, Calhoun was named the consensus National Coach of the Year after leading the Huskies to their first championship, the NCAA Tournament Elite Eight, and a 29-6 record in only his fourth year at the helm.

Calhoun led the Huskies to another national championship in 2004, at the conclusion of a season that saw UConn start and complete the year as the number one team in the nation. UConn standouts and were selected #2 and #3 in the NBA Draft, respectively. Calhoun now holds a 35-12 record with UConn in NCAA tournament play including 4-0 in the Final Four. They lost in the first round for the first time on March 21, 2008 in overtime to San Diego.

On , he achieved his 700th win at over Georgetown. His friend and Big East rival coach also won his 700th game during the previous week. Later in 2005, Coach Calhoun was honored by induction into the Dr. James Naismith National , fittingly, along with Jim Boeheim.

Twenty one players Calhoun has coached at UConn have gone on to play in the NBA. They are, from earliest to most recent: Clifford Robinson, , Chris Smith, , , , , ,, Richard Hamilton, , , , , , , , , , , and Marcus Williams. Currently, there are 13 UConn alumni coached by Calhoun in the NBA, the most out of all NCAA programs.