The Kansas City Chiefs and Oakland Raiders of the National Football League (NFL) are considered to have one of professional football's most bitter rivalries.[3] Since the American Football League was established in 1960, the Chiefs and Raiders have shared the same division, first being the AFL Western Conference, and since the AFL-NFL merger, the AFC West.

The Chiefs are ahead in playoff match-ups with a record of 2-1.[1] The Chiefs are one of only two teams in the NFL with a winning record against the Raiders (with 10 or more contests).[4]

The rivalry did not become so apparent until the Kansas City Athletics baseball team moved to Oakland, California in 1967.[citation needed] In 1969, the Kansas City Royals expansion team was placed in the same division as the Athletics. The 1966 Chiefs team participated in the first AFL-NFL World Championship Game, later known as the Super Bowl. The Chiefs and Raiders both had identical 12-2 records in 1968 and faced off in a playoff game to decide who would go to face the New York Jets for the AFL Championship. The Raiders won 41-6.

The following year, in 1969, the Raiders defeated the Chiefs twice in the regular season[7][8] and went on to win the AFL Western Conference title. The two teams met in the 1969 AFL Championship Game at Oakland and the underdog Chiefs won 17-7.[7][8] The Chiefs participated in Super Bowl IV a week later and defeated the NFL's heavily favored Minnesota Vikings.[7] It was not until 1976 that Oakland would finally win their first Super Bowl championship.[9]

In the first meeting between the teams during the 1970 NFL season–both team's first in the newly merged NFL–the Chiefs held a 17-14 lead late in the fourth quarter and appeared ready to run out the clock. Chiefs quarterback Len Dawson rolled around right end and gained enough yardage for a first down, and as he fell to the ground, Raiders defensive end Ben Davidson dove into Dawson with his helmet; in retaliation, Davidson was attacked by Chiefs wide receiver Otis Taylor.[3] After a bench-clearing brawl, Davidson and Taylor were ejected, and the penalties that were called nullified the first down under the rules at the time. Kansas City was forced to punt, and the Raiders took advantage, as George Blanda nailed a 48-yard field goal with eight seconds left to secure a 17-17 tie. The tie proved to be costly for the Chiefs, as Oakland clinched the first AFC West championship with a 20-6 victory in Oakland in Week 13. Due to this incident, the NFL changed the rules so that Davidson's personal foul would have been enforced at the end of the play, and Taylor's penalty would have been assessed only after the Chiefs had been awarded a first down.

The Chiefs defeated the Raiders by a score of 42-10 in the 1975 season, prompting the Chiefs' live horse mascot Warpaint to circle the field after each touchdown scored. After the game, Raiders coach John Madden said "We couldn't beat the Chiefs, but we damn near killed their horse."[10]

The Raiders would go on to win two more Super Bowl titles in 1980[11] and 1983[12] while the Chiefs were considered to be one of the worst teams in the NFL. The Raiders won most of the games between the 1970s and 1980s.[13] Following their victory in Super Bowl IV, the Chiefs returned to the playoffs in 1971, but lost in double overtime to the Miami Dolphins in the divisional round in the longest game in NFL history, the final game at Municipal Stadium. Following that loss, Kansas City did not return to the playoffs until 1986.[14]

In the final game of the 1999 season, the Chiefs and Raiders faced off at Arrowhead Stadium. A win for the Chiefs would put them in the playoffs. A game plagued by special teams mistakes for the Chiefs, including three attempted kickoffs that ended up out of bounds by kickoff specialist Jon Baker, helped keep the Raiders in the game and stop the Chiefs from sealing the victory. The game went into overtime and, helped by favorable field position after the third and final kickoff out of bounds, former Chief Rich Gannon drove the Raiders into Chiefs territory, setting up the game-winning field goal and knocking the Chiefs out of the playoffs, their first win at Arrowhead since 1988. [15]

On October 3, 2011, a fan of the Oakland Raiders filed a lawsuit against the Kansas City Chiefs and two unidentified Chiefs fans, because the plaintiff claims that security did nothing as he was beaten during a brawl at Arrowhead Stadium in 2009. [19] 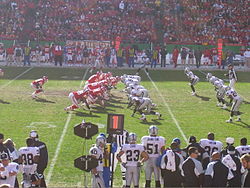 The Chiefs-Raiders game in 2006 at Arrowhead Stadium.

The following is a list of results from all of the meetings between the Dallas Texans/Kansas City Chiefs and Los Angeles/Oakland Raiders from their first meeting on September 16, 1960 to the present: 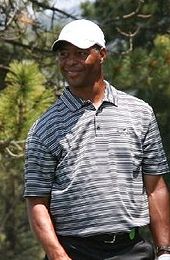 Marcus Allen won the Super Bowl Most Valuable Player Award with the Raiders in 1982 and the NFL Comeback Player of the Year Award while with the Chiefs in 1993. 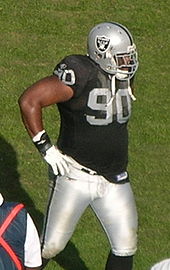 Terdell Sands was drafted by Kansas City in 2001 but became a starter while with Oakland.

Connections between the two teams

Those were my favorite games...I always likened them to a heavyweight fight. You knew you were going to get beat up, but it was fun. We needed the Chiefs. We wouldn't have been as good without them.
—Ben Davidson, former Raiders defensive end.

It's something special. It's not just media hype...You can sense it with coaches and players. Then you get out into the community, and you realize what a huge game this is for both cities.
—Will Shields, former Chiefs offensive guard.

In Oakland...the games you always really wanted to come see were the Niners and the Chiefs. You grew up hating red...It goes deep. It's not just the teams. It's the organizations, you know, which organization is better? These are two teams that played in the old AFL against each other. Most of the history goes back to it. They've been AFC West rivals for a very, very long time. It's always been the must-win game.
—Kirk Morrison, former Raiders linebacker.[21]

Only one word: Blood.
—Harvey Williams (who was with Oakland that season after four years in Kansas City) in a 1995 NBC interview for the team's first meeting in Oakland since 1981.