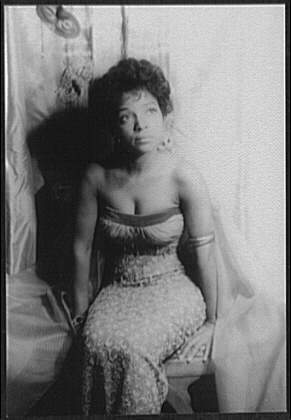 Dee's career in acting has crossed all major forms of media over a span of eight decades, including the films "", in which she recreated her stage role as a suffering housewife in the projects, and "". She played both roles opposite . During the 1960s, Dee appeared in such politically charged films as "" and "", which is recognized as helping pave the way for young actors and .

She appeared in one episode of the Golden Girls' sixth season. Dee has been nominated for eight , winning once for her role in the 1990 TV film "Decoration Day". [cite web | title=Ruby Dee Awards| url=http://www.imdb.com/name/nm0002039/awards | work=The Internet Movie Database| date=2008 | accessdate=2008-07-30] She was nominated for her television guest appearance in the "" episode, "Skylark." Her late husband (1917-2005) also appeared in that episode.

In 2007 the winner of the was tied between Dee and Ossie Davis for "With Ossie And Ruby: In This Life Together", and former President .

She has been nominated for an in 2007 for her portrayal of Mama Lucas in "American Gangster". She won the SAG award for the same performance. At 83 years old, Dee is currently the second oldest nominee for Best Supporting Actress, behind who was 87 for her role in "Titanic". This was Dee's first nomination. It was also significant in that hers is the second shortest performance (at approximately five minutes) ever to be nominated for an acting Oscar, following that of the cameo appearance of in "".

Together, Dee and Davis wrote an autobiography in which they discuss their political activism as well as insights on their . [cite web | url=http://marriage.about.com/od/quotes/a/ossierubyopen.htm | title=Ossie Davis and Ruby Dee on Open Marriage | work=About.com | accessdate=2008-07-30] Together they had three children; son, musician Guy Davis, and two daughters, Nora Day, and Hasna Muhammad. Dee has survived for more than 30 years.

Dee and Davis were well-known civil rights activists. Among others, Dee is a member of (CORE), the , the and the . Dee and Davis were personal friends of both and , with Davis giving the at the latter's funeral in 1965.

Dee, who is a long time resident of , was inducted into the Westchester County Women’s Hall of Fame on , joining the ranks with past honorees, , and .