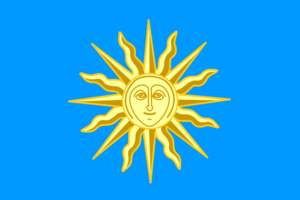 The current estimated population is around 99,068.

Kamianets-Podilskyi is located in the southern portion of the , located in the western Ukrainian region of . The , a tributary of the , flows through the city. The total area of the city comprises convert|27.84|km2|sqmi|1|sp=us.

Kamianets-Podilskyi was first mentioned in 1062 as a town of the state. In 1241, it was destroyed by the Mongol Tatar invaders.

During the Khmelnytsky uprising (1648-58) the Jewish community there suffered much from Chmielnicki's Cossacks on the one hand, and from the attacks of the Crimean Tatars (their main object being the extortion of ransoms) on the other.

After the of 1672 it was briefly part of and capital of Podolya . To counter the Turkish threat to the , King built a fortress near by, ("the Entrenchments of the Holy Trinity"). In 1699, the city was given back to Poland under King according to . The fortress was continually enlarged and was regarded as the strongest in the . The preserved ruins of the fortress still contain the iron cannon balls stuck in them from various sieges.

About the middle of the 18th century, Kamenets-Podilskkyi became celebrated as the center of the furious conflict then raging between the Talmudic Jews and the Frankists; the city was the residence of Bishop Dembowski, who sided with the Frankists and ordered the public burning of the Talmud, which sentence was carried into effect in the public streets in 1757.

From the Second Partition of Poland in 1793, the city belonged to the , where it was the capital of "Podolskaya ". The Russian Tsar Peter the Great, who visited the fortress twice, was impressed by its fortifications. One of the towers was used as a prison cell for (a prominent peasant rebel leader of the early 19th century), who managed to escape from it three times.

Kamenetz-Podolsk was also the residence of the wealthy Joseph Yozel Günzburg. During the latter half of the nineteenth century many Jews emigrated from that city to the United States, especially to New York, where they organized a number of societies.

The city was occupied by in . With the collapse of the Russian Empire in 1917, the city was briefly incorporated into several short-lived Ukrainian states — the , the , and the Directoriya — and ended up as part of the when Ukraine fell under power. During the , the city was captured by the , but it was later ceded to Soviet Russia in the 1921 , which determined the future of the area for the next seven decades as part of the Ukrainian SSR.

and have always dominated the city's population. However, as a commercial center, Kamianets-Podilskyi has been a and multi-religious city with substantial Jewish and Armenian minorities. Under Soviet rule it became subject to severe persecutions, and most of the Poles were forcibly deported to Siberia. Early on, Kamianets-Podilskyi was the capital of the Ukrainian SSR's "Kamianets-Podilskyi Oblast", but the administrative center was later moved to Proskyriv (now Khmelnytskyi).

In 1927 there was a massive uprising of peasants and factory workers in , Kamianets-Podilskyi, and other cities of southern against Soviet authorities. Troops from Moscow were sent to the region and suppressed the unrest, causing around 4,000 deaths, according to US corespondents sent to report about the insurrection, which was at the time completely denied by the Kremlin official press. [ [http://www.time.com/time/magazine/article/0,9171,737074,00.html Disorder in the Ukraine?] , "", December 12, 1927]

One of the first and largest Holocaust mass-murder events occurred on August 27-28, 1941 near the city of Kamianets-Podilskyi. In those two days, 23,600 Jews were killed, most of them Hungarian Jews (14,000-16,000) and the rest local Polish Jews. As the researchers of the Holocaust point out, the Kamianets-Podilskyi massacre was the first mass action in the “final Solution” of the Nazis, and the number of its victims reached 5 figures. Eye-witnesses reported that the perpetrators made no effort to hide their deeds from the local population. [http://www.jewishgen.org/yizkor/maramures/mar093.html accessed 6 Jan 08]

Being inhabited by different peoples and cultures have brought their own culture and architecture into the city. Examples of this may include the fact that the city has a Polish, Ruthenian, and an Armenian Market. A famous tourist attraction in Kamianets-Podilskyi includes the ancient castle, and the numerous architectural attractions in the city's center, including the Ss. Peter and Paul Cathedral, the city's city hall building, and its numerous fortifications.

Ballooning activities in the of the have also brought tourists into the city. Since the late 1990s, the city has been growing as a tourist center of western Ukraine. Annual Cossack Games ("Kozatski zabavy") and s, which include the open championship of Ukraine, and various music, art and drama activities, attract an estimated 140,000 tourists and stimulate the local economy. More than a dozen privately owned hotels have recently been constructed, a large number for a mostly provincial Ukrainian city.

Some historians claimed that the city was founded by the , which lived in parts now located in and as well as portions of Ukraine.

The first part of the city's dual name originates from "kamin’" ( _uk. камiнь) or "kamen", meaning "stone" in the . The second part of the name relates to the historic region of Podillia ( _uk. Поділля) of which Kamianets-Podilskyi is considered to be the historic capital.