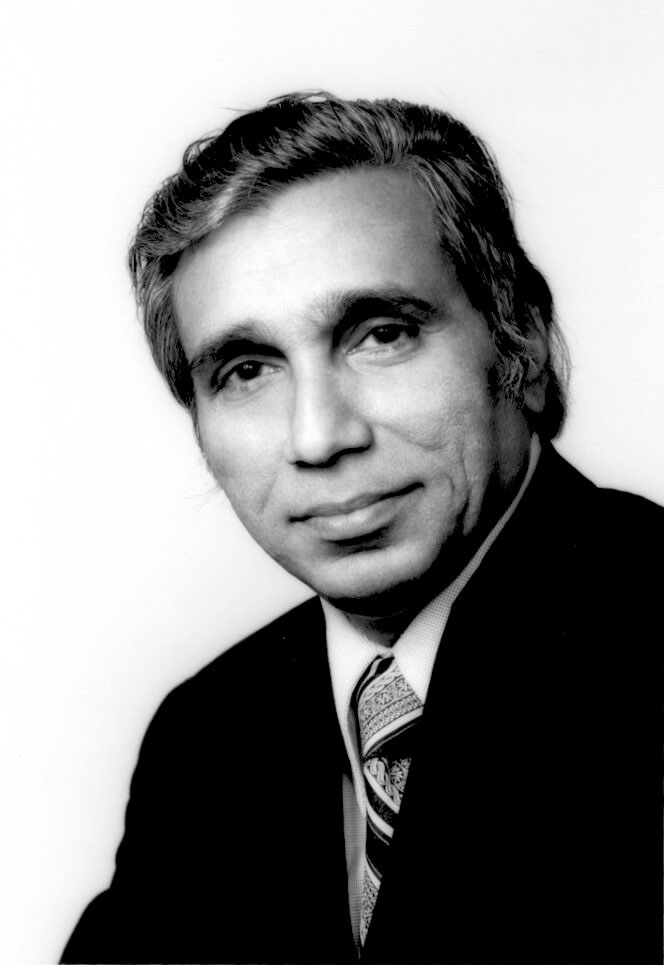 Fazlur Rahman Khan (Bengali: ফজলুর রহমান খান "Fozlur Rôhman Khan") (, - , ), born in , (now ), was a . He is regarded as the "Einstein of " and considered "the greatest structural engineer of the second half of the 20th century" for his constructions of the and , and for his designs of structural systems that remain fundamental to all s, including the tube structure, X-bracing and designs. [Ali Mir (2001), "Art of the Skyscraper: the Genius of Fazlur Khan", Rizzoli International Publications, ISBN 0847823709]

Fazlur Rahman Khan hails from the village of Bhandarikandi in , , . He was born on 3 April 1929, in Dhaka. His father, Khan Bahadur Abdur Rahman Khan, was a renowned educationist and high government official in the education department.

Khan completed his undergraduate coursework at the Bengal Engineering College, (Now , ). He received his bachelor’s degree from the in 1951 while placing first in his class. A and a Pakistani government scholarship enabled him to travel to the in 1952 where he pursued advanced studies at the . In three years Khan earned two Master's degrees — one in and one in — and a in .

One of the foremost structural engineers of the 20th century, Fazlur Khan epitomized both structural engineering achievement and creative collaborative effort between and . He believed that "only when architectural design is grounded in structural realities — thus celebrating architecture's nature as a constructive art, rooted in the earth — can the resulting aesthetics … have a transcendental value and quality."

Fazlur Khan's personal papers are held by the Ryerson and Burnham Archives at .

As a boy, Khan's father instilled in him the importance of an education, not only early education but a continued education. For this reason, Khan went to undergraduate school and then graduate school. Although Khan was finished with school and now in the workforce, he still continued to learn. He taught himself how to program the new computer system which SOM purchased in 1961. He then taught his colleagues how to use the new programs.

Khan realized the value of his education and encouraged his daughter Yasmin along a similar path. However, he did not push her into structural engineering, she found her passion for this on her own. Her experiences with her father influenced her education and her work. Yasmin later wrote many articles and books including "Engineering Architecture: The Vision of Fazlur R. Khan", a tribute to her father.

Outside of work, Khan enjoyed spending time with his family (wife Liselotte and daughter Yasmin). He enjoyed singing, poetry, and table tennis. He was also heavily involved with creating public opinion and garnering emergency funding for during the 1971 . He created the Chicago-based organization known as "Bangladesh Emergency Welfare Appeal".

He is noted for his efficient designs for Chicago’s 100-story and 110-story , the tallest building in the world in its time and still the tallest in the United States since its completion in 1974. He is also responsible for designing notable buildings in Bangladesh.

Khan's central innovation in was the idea of the "tube" and "bundled tube" structural systems for tall buildings. [http://darkwing.uoregon.edu/~struct/resources/pencil/systems/sys13.htm] [http://darkwing.uoregon.edu/~struct/resources/pencil/systems/sys14.htm] Afteer 1965, this new structural system of framed tubes was influential in . Khan defined the framed tube structure as "a three dimensional space structure composed of three, four, or possibly more frames, braced frames, or shear walls, joined at or near their edges to form a vertical tube-like structural system capable of resisting lateral forces in any direction by cantilevering from the foundation." [Cite web| title = Evolution of Concrete Skyscrapers| accessdate = 2007-05-14| url = http://www.civenv.unimelb.edu.au/ejse/Archives/Fulltext/200101/01/20010101.htm ] Closely spaced interconnected exterior columns form the tube. Horizontal loads, for example wind, are supported by the structure as a whole. About half the exterior surface is available for windows. Framed tubes allow fewer interior columns, and so create more usable floor space. Where larger openings like garage doors are required, the tube frame must be interrupted, with transfer girders used to maintain structural integrity. The first building to apply the tube-frame construction was in the DeWitt-Chestnut apartment building which Khan designed in . This laid the foundations for the tube structures used in most later skyscrapers, as can been seen in the .

Another innovation that Khan developed was the concept of X-bracing. This concept reduced the lateral load on the building by transferring the load into the exterior columns. This allows for a reduced need for interior columns thus creating more floor space. This concept can be seen in the John Hancock Center, built in 1969 One of the most famous buildings of the structural expressionist style, the skyscraper's distinctive X-bracing exterior is actually a hint that the structure's skin is indeed part of its 'tubular system'. This idea is one of the architectural techniques the building used to climb to record heights (the tubular system is essentially the spine that helps the building stand upright during wind and earthquake loads). This X-bracing allows for both higher performance from tall structures and the ability to open up the inside floorplan (and usable floor space) if the architect desires. Original features such as the skin, pioneered by Fazlur Khan, have made the John Hancock Center an architectural icon.

*In 1961, was made a Participating Associate in Skidmore, Owings & Merrill; in 1966 he became an Associate Partner and in 1970 a General Partner - the only engineer partner at the time.
*Received an Alumni Honor Dada from the University of Illinois, Urbana-Champaign (1972), an Honorary Doctor of Science from Northwestern University (1973), and an Honorary Doctor of Engineering from Lehigh University (1980).
*In 1973, elected to the National Academy of Engineering.
*He was cited five times among 'Men Who Served the Best Interests of the Construction Industry' by Engineering News-Record (for 1965, 1968, 1970, 1971, and 1979); and in 1972 he was named 'Construction's Man of the Year'. He was posthumously honored with the International Award of Merit in Structural Engineering from the International Association for Bridge and Structural Engineering and a Distinguished Service Award from the AIA Chicago Chapter (both in 1982).
*In 1983 the American Institute of Architects recognized Fazlur Khan's contributions with an AIA Institute Honor for Distinguished Achievement. The same year he was honored with the "for the Structure of the Hajj Terminal, An Outstanding Contribution to Architecture for Muslims," which was completed over the last years of his life.
*He was honored posthumously by the Structural Engineers Association of Illinois with the John Parmer Award in 1987 and with the commissioning of a sculpture by the Spanish artist Carlos Marinas, which is located in the lobby of the Sears Tower.
*In 1998 the city of Chicago named the intersection of Jackson and Franklin Streets (at the foot of the Sears Tower) “Fazlur R. Khan Way.”
*Made contributions in creating public opinion and amassing emergency fund for the people of Bangladesh during its War of Liberation. The Government of Bangladesh posthumously awarded him Independence Day Medal 1999 in recognition of his contributions, and a commemorative postal stamp was published in his memory.
*He was honored posthumously by The Bangladeshi-American Foundation, Inc. (BAFI) in May 2005 as the most famous Bangladeshi-American of 20th Century.

"The technical man must not be lost in his own technology; he must be able to appreciate life, and life is art, drama, music, and most importantly, people." Fazlur Khan (Engineering Legends, Richard Weingardt)