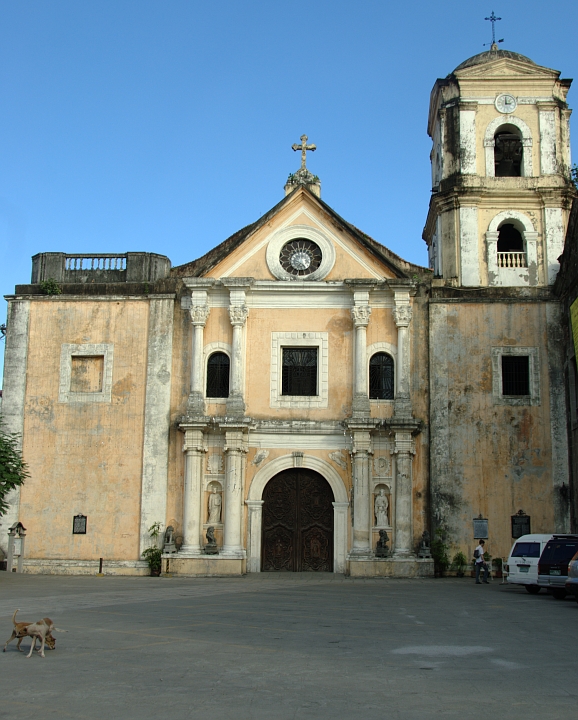 San Agustín Church is a church under the auspices of The Order of St. Augustine, located inside the historic walled city of Intramuros in . Completed by 1607,

In 1993, San Agustin Church was one of four Philippine churches constructed during during the Spanish colonial period designated by the as a , under the classification "". It had been named a National Historical Landmark by the Philippine government in 1976.

The present structure is actually the third Augustinian church erected on the site.

The Augustinians decided to rebuild the church using stone, and to construct as well an adjacent . Construction began in 1586, from the design of Juan Macias.

San Agustin Church was looted by the British forces which occupied Manila in 1762 during the .

During the Japanese occupation of the Philippines during , San Agustin Church was turned into a concentration camp for prisoners.

The church interior is in the form of a Latin cross.