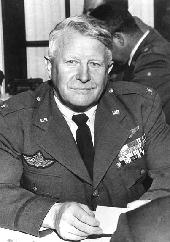 image_size =160px
caption =
birth_date =birth date|1899|10|23|df=y
birth_place =, ,
death_date =death date and age|1973|10|17|1899|10|23|df=y
death_place =
occupation =Aviator, author, and explorer
spouse =Bess Balchen
parents =
children = Bernt Balchen, D.F.C., ( &ndash; ), was a polar and pioneer. His service in the during was tied to his Arctic expertise and helped the Allies in and northern Europe. Postwar, he continued to be an influential leader in the as well as in private consulting.

Born at the farm Myren in , just outside , . Balchen served as a cavalryman in the against the Russians in World War I before becoming a pilot in the in 1921 where he acquired his initial Arctic flying experience.

In 1925, Bernt Balchen was a pilot on the Amundsen-Ellsworth Relief Expedition to and in the next year, he was a member of the Amundsen-Ellsworth-Nobile Arctic Expedition, an attempt at flying an airship over the . In a last minute decision by Amundsen, Balchen was not chosen for the final flight. Later, in his 1958 autobiography, Balchen maintained that Amundsen's competitor, and , had been unsuccessful in their own attempt to fly by aircraft to the Pole and back a few days earlier. Balchen based this assertion on calculations he made from Byrd's own speed/navigational data.

Under the sponsorship of Joseph Wanamaker, in 1926, Balchen, as co-pilot and navigator with Floyd Bennett, flew the Fokker Trimotor "Josephine Ford"' on a flying tour to more than 50 American cities, thereby promoting commercial aviation as a safe, reliable and practical means of transport. Following the tour Balchen was hired by as a test pilot for Fokker Aircraft at Teterboro Airport, New Jersey.

In 1927, Balchen, as co-pilot with pilot, Bert Acosta, flight engineer George Noville and navigator and flight organizer , flew the first () USPS transport "America", a Fokker Trimotor, across the Atlantic. Due to Acosta's lack of ability to fly on instruments and foul weather for most of the crossing, Balchen did almost all of the flying. Bad weather and low visibility made landing at Paris, France impossible, despite repeated attempts. When the aircraft was low on fuel, Balchen returned to the west coast of France and landed the wheeled airplane in the sea just off the shore of , without injury to the crew.

On 28&ndash; , Balchen, flying a modified Ford 4-AT Trimotor, became the first person to fly over the . He was accompanied by Harold June, copilot and radio operator; Ashley McKinley, photographer; and Richard E. Byrd, navigator and organizer of the Antarctic expedition. Due to his reputation as a polar, transatlantic and aviation expert, Balchen was hired in 1931 by as a technical advisor for a planned solo transatlantic flight. In an attempt to throw off the press, Earhart turned over her repaired to Balchen who was assumed to be planning an Antarctic flight. Balchen took the Vega to the Aircraft Company plant at Hasbrouck Heights, New Jersey. There, he and mechanics Frank Nagle and Eddie Gorski reconditioned the aircraft for the upcoming record flight. The fuselage was strengthened to take extra fuel tanks that were added to provide a 420-gallon capacity; additional instruments were also installed. After modifications had been made, Earhart flew the Vega successfully across the Atlantic on . [ [http://e-archives.lib.purdue.edu/cdm4/item_viewer.php?CISOROOT=/earhart&CISOPTR=920&CISOBOX=1&REC=4 Letter to G.P. Putnam to be directed to Bernt Balchen] Quote: "Please tell Bernt Balchen how deeply I appreciate all that he did to make this flight possible. Of course he is about the finest flyer and technical expert in the world but beyond that it was his confidence in my ability which helped so much." May 22, 1932 ]

During , Balchen was responsible for setting up the pilot training camp/school for Norwegian exiled soldiers, "", outside , . Later during the war, as a colonel in the U.S. Army Air Force, he oversaw the establishment of USAAF's polar base at , , the air base , then known as "Bluie West Eight," that was used for ferrying combat aircraft to Europe. Between September 1941 and November 1943, Balchen provided his personnel with training in cold weather survival skills and rescue techniques which enabled them to carry out many spectacular rescues of downed airmen on the Greenland icecap.

On , Balchen successfully led a bombing raid that destroyed the sole German post in Greenland, a weather station and antiaircraft battery on the east coast of Greenland. Its destruction hindered the ability of the German armed forces to predict weather patterns in the North Atlantic and Europe.

Balchen then was posted to the European Theatre to run -Kallax Air Base in northern (set up for harassing and denying air superiority to 's "" over and occupied Norway). He helped to set up an escape route between the United Kingdom and Sweden that enabled Norwegians and others to flee the Nazis. From March to December 1944, Balchen commanded an air transport operation that safely evacuated at least 2,000 Norwegians, 900 American internees and 150 internees of other nationalities from Sweden.

Balchen also commanded a clandestine air transport operation, transporting strategic freight and numerous important diplomats and Armed Forces officers. From July to October 1944, 64 tons of operational supplies were transported from Scotland to the underground in occupied Norway. Between November 1944 and April 1945, Balchen transported 200 tons of Arctic equipment and operational supplies from England to Sweden that were used to make secret overland transport from Sweden to Norway possible. During winter 1945, using C-47 aircraft under his command, Balchen shipped communications equipment into northern Norway that was of inestimable value to the Allied Expeditionary Force's intelligence operations.

Another Norwegian at Kallax during the same period, serving under Balchen, who became a good friend, was marine biologist and explorer-to-be , later of "Ra I and II" and "" fame.

From November 1948 to January 1951, he commanded the of the United States Air Force, which was headquartered in but ranged across the entire northern tier of North America rescuing downed airmen, and led the squadron in the development of the techniques that are now universally used in cold weather search and rescue operations. Balchen was directly responsible for the U.S. military acquiring the , that became the primary air search and rescue aircraft of the Arctic. In May 1949, while commanding the 10th Rescue Squadron, he flew a from via the North Pole to Thule Air Base, Greenland&mdash;thus becoming the first person to have piloted aircraft over both poles.

Balchen was primarily responsible for the pioneering and development of the strategic air base at Thule, Greenland, built secretly in 1951 under severe weather conditions which, by extending the range of the , increased the capabilities that made the SAC a significant deterrent to Soviet aggression during the Cold War.

After retiring from the USAF in 1956, Col. Balchen continued to serve the Air Force on special assignments and aviation and energy industries as a consultant. In his native Norway, Balchen was a driving force in the establishment of "" (D.N.L.) ("The Norwegian Airline Company"), with which he pioneered commercial Europe↔US airline flights across the North Pole. D.N.L. later merged with Danish and Swedish airlines into the major carrier Scandinavian Airlines.

Balchen continued to work in consultancy until his death in 1973 at .

Balchen, at his death, became one of the few Norwegian-born people buried at . He is buried in Arlington National Cemetery, in Section 2, grave 4969; right next to Admiral Byrd.

* [http://www.arlingtoncemetery.net/bbalchen.htm Arlington Cemetery's biography of Balchen] , including a photo of Balchen in his USAAF uniform.
* [http://www.mnc.net/norway/balchen.htm Balchen-related link list] , from the website of the Metropolitan News Company, California, USA.
* [http://www.nationalaviation.org/website/index.asp?webpageid={F3401AC2-408C-42A7-AD0F-CDDC7942F110}&eID=280 National Aviation Hall of Fame]