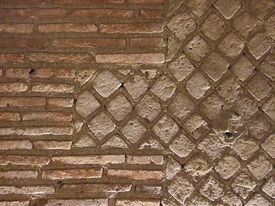 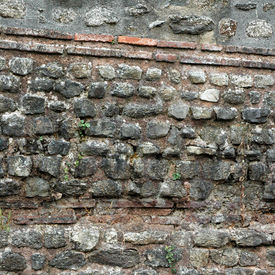 Example of Opus mixtum in the Brest Castle, France.

Opus mixtum (Latin: "mixed work"), or Opus vagecum and Opus compositum, was an ancient Roman construction technique. It can consist in a mix of opus reticulatum and at the angles and the sides of opus latericium.

It can also consist of opus vittatum and opus testaceum.

Opus mixtum was used in particular during the age of Emperor Hadrian (2nd century AD).