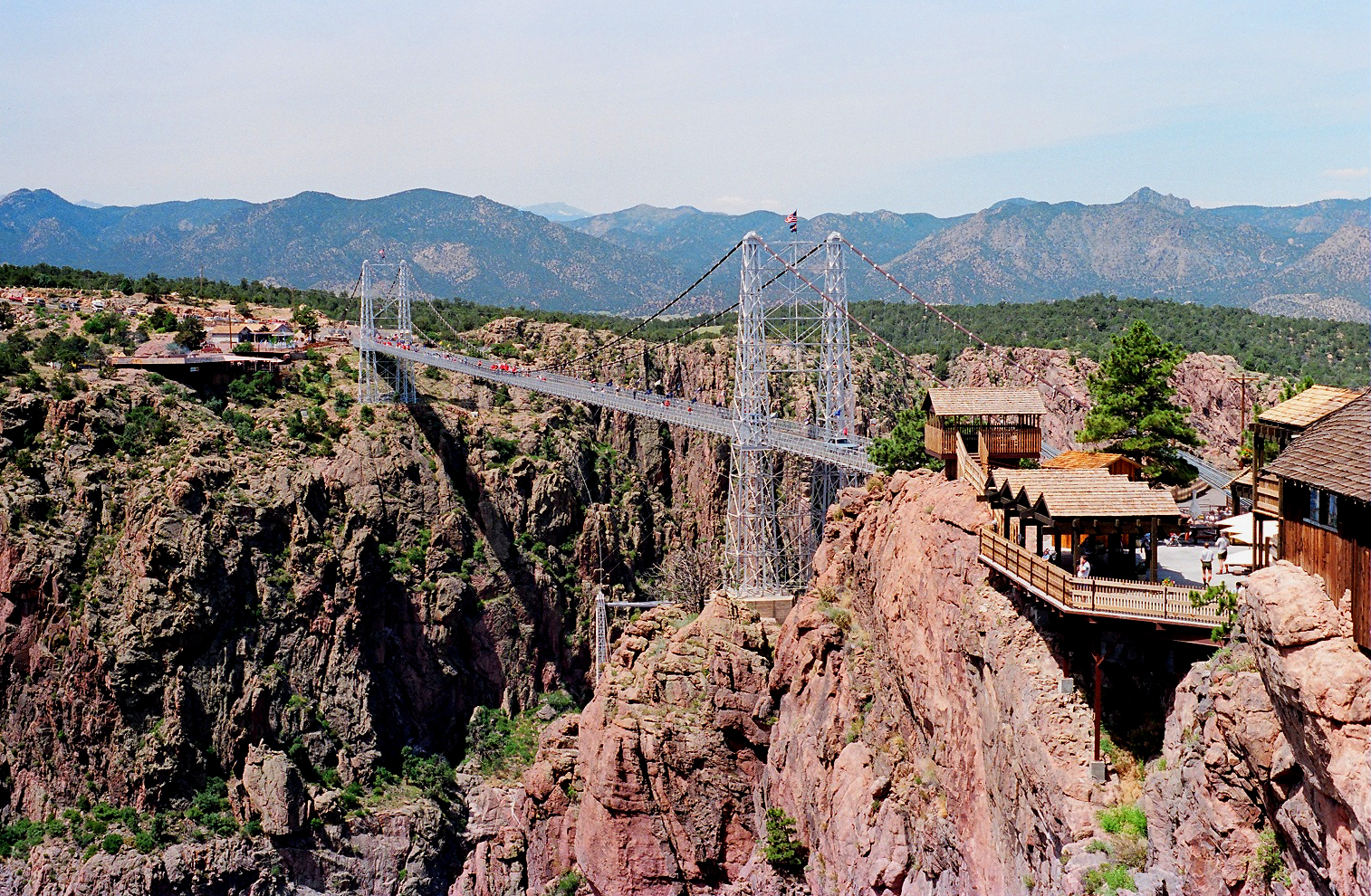 The bridge was constructed in six months, between , and late November 1929, as a toll bridge, at a cost of $350,000. It was listed in the in 1983. The bridge was not constructed for transportation purposes; instead, it was built with the intent that it serve as a tourist attraction, and has continued to be one of the most-visited tourist attractions in Colorado since its construction.

The height of the bridge makes it an attractive spot for by jumping; however, park and security personnel constantly patrol the bridge in order to prevent such suicides.