Christmas Eve (Russian: Ночь перед Рождеством, Noch' pered Rozhdestvom), is an opera in four acts with music and libretto by Nikolai Rimsky-Korsakov. Composed between 1894 and 1895, Rimsky-Korsakov based his opera on a short story, "Christmas Eve", from Nikolay Gogol's Evenings on a Farm Near Dikanka.[1] The story had been used as the basis for an opera at least three times previously, including for Tchaikovsky's Vakula the Smith (1874).[2]

The premiere took place on 10 December 1895 in St. Petersburg.

The British premiere was in 1988 in London, with English National Opera conducted by Albert Rosen.[3]

Place: The village of Dikanka, Ukraine; mid-air; a royal court 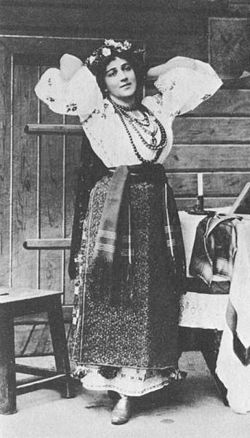 Tableau 1: Christmas Eve in the hamlet of Dikanka

The widow Solokha agrees to help the Devil steal the moon. The Devil is annoyed with Solokha's son Vakula, who painted an icon mocking him. The Devil decides to create a snowstorm to prevent Vakula from seeing his beloved Oksana. While the storm rages, Solokha rides up to the sky and steals the moon, while Oksana's father Chub and the Deacon are unable to find their way.

Oksana is alone and lonely at home. She passes through several moods and the music follows her with gradually accelerating tempos. At one point, Vakula enters and watches her admiring herself. She teases him, and he says he loves her. Chub comes back out of the storm, and Vakula, not recognizing him, chases him out by striking him. Seeing what he has done, Oksana sends Vakula away in a miserable state. Young people from the village come around singing Ukrainian Christmas carols. Oksana realizes she still loves Vakula.

Three men and the Devil wind up in three sacks at Solokha's hut after successively trying to seduce her, and Vakula winds up hauling the heavy sacks away.

Vakula puts down his sacks, except the one that contains the devil. Young men and women, including Oksana, arrive singing Kolyadki and having fun. Vakula, however, is bored and dejected. Oksana taunts Vakula one last time about the Tsaritsa's slippers. Vakula gives his farewell to the lads and to Oksana, exclaiming that he will perhaps meet them in another world. He leaves two bags which turn out to have the Deacon and Chub.

Patsyuk makes magic vareniki jump into his mouth. Vakula has come to request assistance from him. Patsyuk advises him that in order to obtain the help of the devil, he must go to the devil. Vakula puts down his sack, and the devil jumps out and tries to get his soul in exchange for Oksana. Vakula, however, grabs him by his neck, and climbs on his back. He forces the devil to fly him to St. Petersburg.

We witness the charming "Games and Dances of the Stars". This is followed by the "Diabolical Kolyadka" in which Patsyuk, riding a mortar, and Solokha, on her broom, attempt to stop Vakula. He succeeds, however, in getting through, and the lights of St. Petersburg become visible through the clouds.

The Devil puts down Vakula in the tsaritsa's court and disappears into the fireplace. Vakula joins a group of Zaporozhian Cossacks who are petitioning the tsaritsa. A chorus sings the tsaritsa's praises in a magnificent polonaise. The tsaritsa addresses the Cossacks. Vakula requests the tsaritsa's boots to the music of a minuet, and his wish is granted because its unusual and amusing nature. The Devil takes Vakula away as Russian and Cossack dances commence.

Vakula returns home on the devil's back. We witness the procession of Kolyada (young girl in a carriage) and Ovsen (boy on a boar's back). On approaching Dikanka, we hear church bell's and a choir.

Oksana listens to some women exchanging gossip about Vakula, who is believed to have committed suicide. Alone, Oksana sings an aria expressing her regret that she had treated Vakula harshly, and wishing for his return. He appears with the boots, followed by Chub. Vakula asks Chub for Oksana's hand in marriage. Chub assents. Vakula and Oksana sing a duet. Other characters enter and ask Vakula about his disappearance.

Epilogue: In memory of Gogol

Vakula announces that he will relate his story to the beekeeper Panko the Gingerhead (i.e., Gogol), who will write a story of Christmas Eve. There is general rejoicing.

Introduction
Games and dances of the stars
Diabolic Kolyadka

Christmas Eve, Vakula the Smith, and The Slippers, are all based on the same story by Gogol.