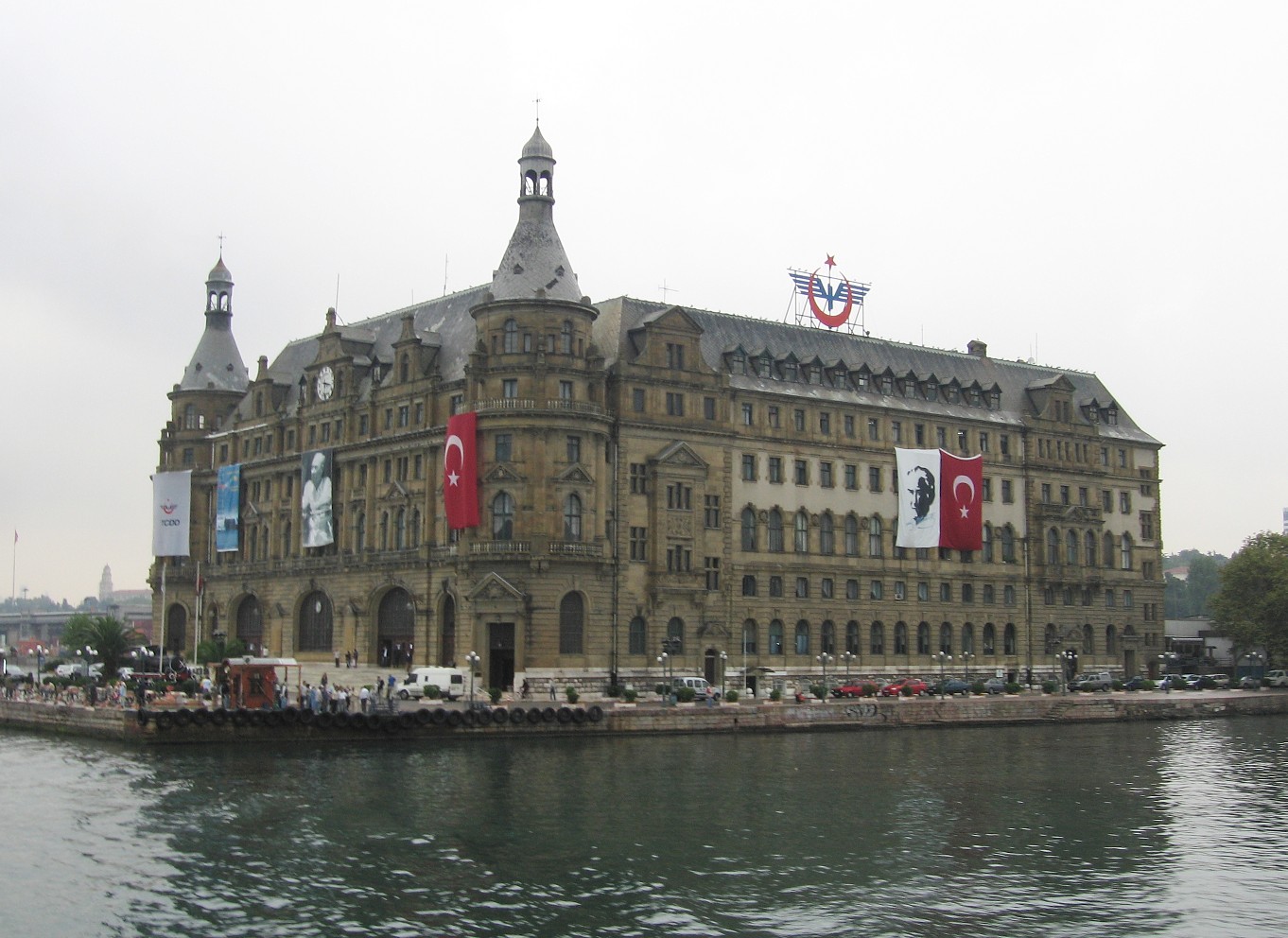 Turkish Republic State Railways ( _tr. Türkiye Cumhuriyeti Devlet Demiryolları or TCDD) is the state corporation that operates the public system in . The organization was founded in 1927 to take over the operation of railways that were left within the borders of the Turkish Republic after the dissolution of the , whose railway network had been run and financed by private corporations. TCDD operates over 8500 kilometres of railway lines and is a member of .

As the sole train operator in the country, TCDD operates all passenger, freight and suburban railways, including domestic and international departures. Until the opening of the Marmaray tunnel ( undersea railway tunnel), the country will continue to have two separate railway networks (in and ) that are only connected through the in Istanbul.

There are four independent services in Turkey, two in Istanbul, one in Ankara and one in Izmir, operated by TCDD. All four services operate using either E8000 and/or E14000 s. The systems operate at up to quarter hour , though they are not particularly well integrated into each cities remaining urban rail systems.

The history of Turkish Railways dates back to 1856. The first railway line in Turkey was the 130 km - line, on which a British Company was appointed. The choice of this particular spot was not random. The İzmir - Aydın track was built because of its high commercial potential. Another reason was that this particular area had raw materials that were necessary for British industry. Also this area was important for controlling the , and at that time of the Ottoman Empire after the English were given the first license, and Germany began to build up different areas where they exercised their power. Those countries tried to deliver the goods that were necessary for their industries, that they bought from the Ottoman Empire, as fast as possible to the . The railways were built to be as efficient as possible, and were strategically placed, for example being within around 20 km of mines, etc. So the railways were actually placed according to the of those foreign countries.

Before the Republic was announced the railway tracks were build for the benefit of the foreign countries, but after the formation of the Republic in Turkey the railway tracks were built for the good of the Republic. This can be clearly seen of the industrialization plans released between 1932 and 1936 which were based on iron and coal etc. The cheapest and most efficient way to transport those goods was to build railways. In those years the financial assets of transportation were transferred to railways.

In those years of shortage, the construction of railways continued on high-speed. During the the constructions slowed down. 3,578 km of the tracks that were built between 1923 and 1950, 3,208 km were completed before 1940.

* To connect potential production centers with the natural resources.
* To connect production and consumer centers especially with seaports, and facilitate communications with rural areas.
* To connect commercially undeveloped areas, in order to speed up economic progress across the country. Through this policy 1927 , 1930 , 1931 , 1933 , 1934 , 1935 and 1939 were connected to the railway network.
* To enhance national security, therefore creating a comprehensive communication network within the country with railways.

To reach those targets the railway politics were lead in two stages:

# Despite the financial problems, the railways that were owned by foreign companies were bought and nationalized, a part of it was transferred with agreements.
# Since most of the railways were concentrated in the West of Turkey, the aim was to connect the central and Eastern areas with trade centres and coasts. At this period the newly built main routes were: Ankara - Kayseri - Sivas, Sivas - Erzurum (the route), Samsun - Kalin (the Sivas route), Irmak - Filyos (the Zonguldak route), Adana - - Diyarbakır (the route), Sivas - (the route). Before the Republic 70% of the routes were to the west of Ankara - Konya, after the Republic 78.6% were constructed in the east so that a balance of 46% to 54% was reached.

Between 1935 and 1945 the railways were joined. Those joinings created cycles in the railways which for example shortened the distance between Ankara - Diyarbakır from 1,324 km to 1,116 km.

1950 and after: the Golden Road period

The road system that was left from the Ottoman Empire, consisted of 13,885 km ruined surface roads, and 4.450 km stabilized roads, which totaled 18,335 km and 94 bridges. The road systems was seen until 1950 as a system to aid the railways. But instead of strengthening the rail network, the automobile roads were extended because of the Marshall plan.

After 1960 even though there were many targets that aimed at the extension of the railroads, most of the financial assets were transferred into automobile roads. Because of these politics, between the years 1950 and 1980 an average of 30 km of railroads were constructed.

In the mid 1980s in Turkey a mobilization was started to build s, the Autobahns project was the third largest project after the and projects. Because of those projects, until the mid 1990s about USD 2 billion were invested. In these years no investments were made to railroads, and no projects were initiated. Most of the railways (most of them more than 50 years old) were left to their own fate.

In Turkey goods are carried 94% on roads, and only 4% are carried on railroads. The share of goods transportation in Turkey by trains deceased in 50 years by 60%.

Tracks constructed before the Republic

The Marmaray project is a shared-rail underground system which will connect the rail lines in the European and Asian sides of Istanbul under the in Istanbul. It will thereby actually connect the European rail networks to the Middle Eastern and Asian rail networks. In addition, the tunnel will also have an important role in intracity transport, forming an east-west rail system line for the massively populated Istanbul metropolitan area. It is projected to relieve public transportation problems while increasing the percentage of the use of rail systems in public transportation from 3,6% to 27,7%. Such an increase would put Istanbul third in the world with regard to the use of public transportation, behind Tokyo (60%) and New York (31%).

The first high-speed railway will connect via to . With this project, a trip from Istanbul to Ankara will take only about 3 hours at a maximum speed of 250 km/h. Trains for this section have been ordered from Spanish CAF.

This new railway, that will dramatically shorten the travel time between and to 70 minutes, will connect to the Istanbul-Ankara Line in Polatli. The same type of CAF trains will be used on this line.

The foundation for the Kars-Tblisi-Baku Railway project has been laid on the 24th July 2008 in Kars in attendance of the President of the Turkish Republic Abdullah Gül, the President of Georgia Mihail Saakasvili and the President of the Republic of Azerbaidjan Ilhami Aliyev. The Railway project is expected to carry 1 million passengers, 6.5 million tons of freight in its initial phase. On short term it is predicted that 3 million passengers and 18 million tons of freight will be carried on the line. [ http://www.tcdd.gov.tr/haberler/karstiflis.htm ]