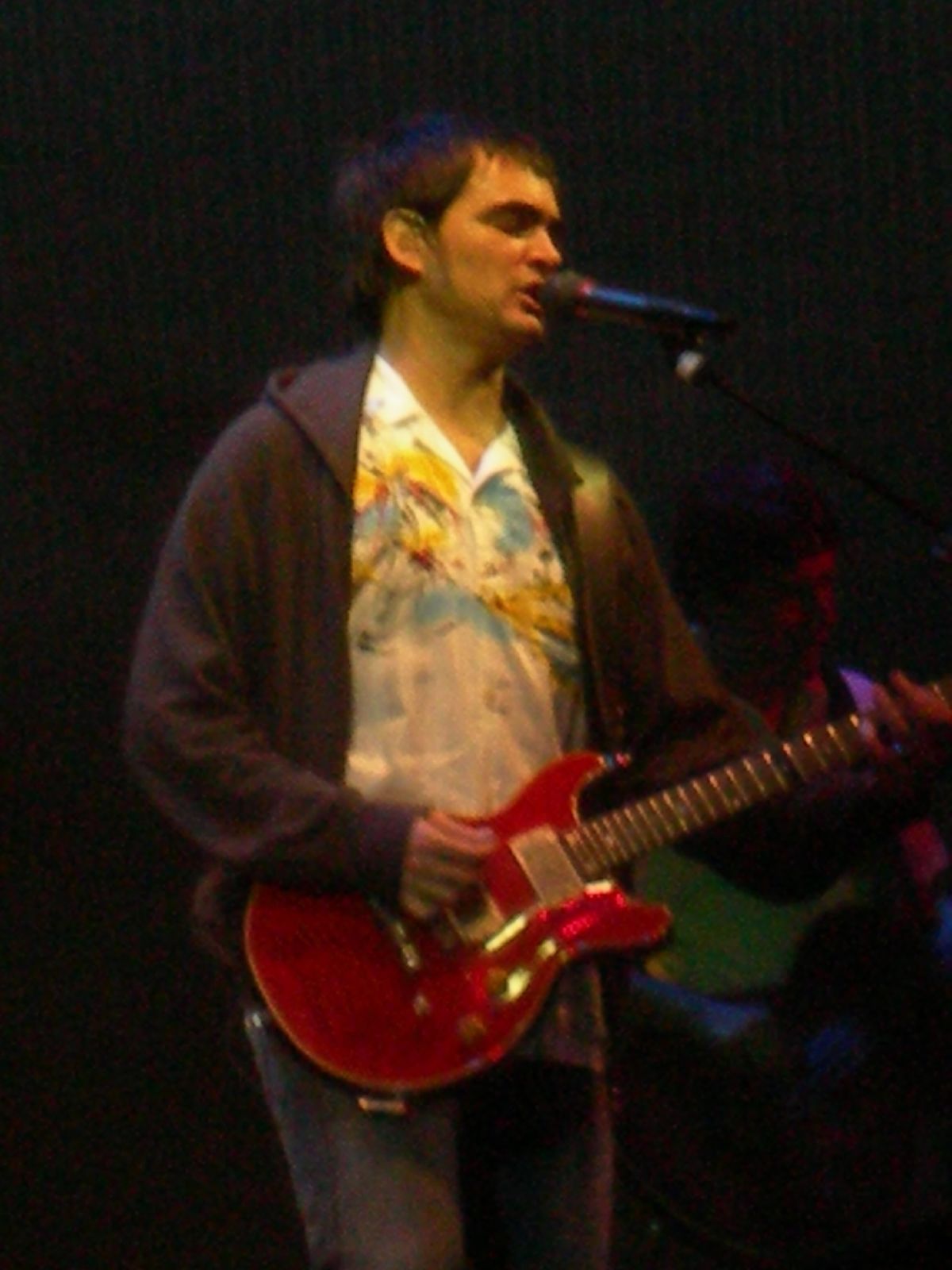 In , (guitars, vocals) and (keyboards) started to play in a reggae band called "Pouso Alto", along with Dinho Mourão (drums) and his brother Alexandre (bass). In 1991, Pouso Alto arranged for a performance in , but due to the Mourão brothers not being in Belo Horizonte, bassist and drummer were called for the gig. [Citation
last = Peixoto
first = Mariana
title = Quase Famosos
newspaper =
pages =
year =2006
date = June 4
url = ] The band premiered on , , and due to the performance competing with the final match, the audience was comprised of 37 people. [cite video
people =
title =
medium = DVD
publisher =
location =
date = ] After the show, the group changed its name to Skank, inspired by 's song "Easy skanking", and began to perform regularly at "Mister Beef" in Belo Horizonte

"", produced by John Shaw () and Paul Ralphes, begins the band's movement towards a more rock and roll sound. The -influenced "Resposta" (re-recorded in by and , the latter the song's co-atuhor with Samuel Rosa and ), "Mandrake e Os Cubanos" and "Saideira" were hits. Released in , "Siderado" sold 750 thousand copies

In 1999 Skank recorded an version for "" in a tribute album for entitled "Outlandos d'America".

With "", the band begins in earnest its move away from the ska and reggae sound towards a more rock oriented one influence by , , and contemporary [cite news| last =Tavares| first =Tatiana| coauthors =Marco Antônio Barbosa| title =Skank anda para frente - olhando para trás
work =|pages =| language =Portuguese| publisher =Cliquemusic| date =2003-07-14
url =http://cliquemusic.uol.com.br/br/Acontecendo/Acontecendo.asp?Nu_Materia=4047| accessdate =2007-04-26] . "Maquinarama", produced by Chico Neves and Tom Capone and released in , sold 275 thousand copies. Some of the hit singles were "Três Lados", "Balada do Amor Inabalável" and "Canção Noturna". The original cover shows a Cadillac with graffiti by Californian artist . The international version has a different cover.

In , Skank recorded the first live album in as part of the 's series "MTV Ao Vivo". "MTV Ao Vivo" sold 600 thousand copies. Besides a list of hits chosen by fans through Skank's website, the album had the new song "Acima do Sol", a national hit. In Samuel Rosa played acoustic guitar in "É Proibido Fumar", from the "Acústico MTV" (MTV Unplugged) by Roberto Carlos.

Released in October 2004, "" was the first compilation album by Skank. It included four new songs, including the cover "Vamos Fugir". The cover reproduces a painting by the hyped artists The Clayton Brothers. "Radiola" sold 200 thousand copies.

In March 2006 Skank began recording the new album "Carrossel" in their studio in , with producers Chico Neves, who also worked in "Maquinarama", and Carlos Eduardo Miranda, producer the Acústico MTV album by . Released in August, the album (a commercial disaster) had the semi-hits "Uma Canção É Pra Isso" and "Mil Acasos". Arnaldo Antunes ("Trancoso"), César Mauricio ("Lugar") and Humberto Effe ("Cara Nua" and "Notícia") were the songwriting partners.

Skank had some success with "Garota Nacional", that lead the Spanish charts, and "É Uma Partida de Futebol" was shown before some games of the 1998 World Cup due to being in the championship's soundtrack. By the time of "O Samba Poconé", the group toured through Latin America and Europe, and appeared in big festivals such as Super Bock/ 1997 in Portugal , Festival 97 in Suíça, 98 in Switzerland, 2001, and 2002 in . The group was also called for Rock in Rio III in 2001, but went out along with other Brazilian bands in protest against 's exclusion.

However, the band never invested much in its international career. Some songs received versions in Spanish, such as "Chica Nacional" ("Garota Nacional"), and "Respuesta" ("Resposta"), but foreign shows are usually in places with many Brazilians, such as and .