Kaiju Big Battel is a performance by the Boston, Massachusetts based performance entertainment troupe Studio Kaiju created by Rand Borden and David Borden. The performances are parodies of both professional wrestling and the tokusatsu kaiju movies of Japan. These Battels are presented in the style of professional wrestling events, with the costumed performers playing the roles of giant, city-crushing monsters similar to Godzilla and Gamera. The misspelling of "Battel" is intentional, due to a misprint of an early t-shirt design. In-jokes are plentiful and are aimed towards fans of professional wrestling (especially Mexican wrestling), superhero comic books and Japanese popular culture. Many of the names of the characters are in mock Spanish or mock Japanese, and Engrish is used liberally for comedic effect.

Studio Kaiju began as a video project by students at the School of the Museum of Fine Arts, Boston. The first character created was Midori no Kaiju (Japanese for "Big Green Monster"). While the video project never came to fruition, another student suggested that more characters be created to fight Midori no Kaiju at live competitions, or, Big Battels. The first Battel occurred on Halloween night in 1996 at the Revolving Museum in Boston and featured Midori No Kaiju, as well as Atomic Cannon, Powa Ranjuru, Force Trooper Robo, Taro "The Mouth" Fuji's commentary, and Anthony Salbino's construction. The first full-scale Kaiju Big Battel event was held in March 1997 in Boston, Massachusetts at the School of the Museum of Fine Arts.[1] The earliest performances in other cities included matches with other troupes of costumed wrestlers at venues such as Fort Thunder in Providence, Rhode Island.

Kaiju Big Battel is a modern conflict that involves extremely large creatures. These creatures constantly threatened to destroy the Earth every time they fought. A special committee, called the Kaiju Regulatory Commission (KRC), was formed to figure out how to end the danger that these creatures were causing as well as find a way to use the monsters' destructive capabilities and tendencies for constructive purposes. They appointed a Commissioner to oversee this project and to help control the creatures. The Commissioner thought up the idea of having sanctioned Battels where the creatures could release their anger against one another. This way, the human race would be safe to view these Battels while also being kept out of harm's way.

Although unpredictable in nature, the Rogues are simply classified as being unaffiliated with any other faction. 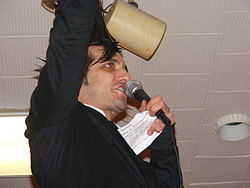 Louden Noxious announcing at a Chikara event in 2008.

These are the humans who are a part of Kaiju Big Battel but do not (typically) fight.

The graveyard is a place that contains both monsters and humans that have been killed - or gone missing - in action for some time. 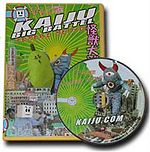 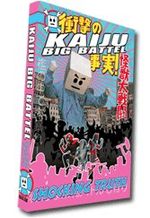 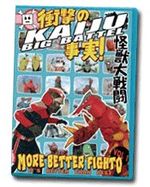