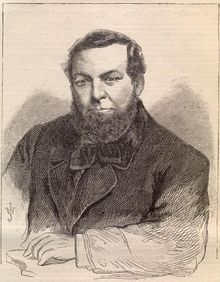 Gunther was born in New York into a family of recent immigrants from Germany. His father, Christian G. Gunther, was a wealthy fur merchant, and Gunther would eventually join the family business.

Gunther was also a volunteer firefighter for many years.

Gunther was active in Tammany Hall politics since his teenage years.

In 1861 he ran for Mayor, but lost to Republican George Opdyke in an election fraught with Civil War complications. In 1863 Gunther ran again and was elected, serving his two year term from 1864 until 1866.

After leaving politics, Gunther became a railroad executive, working in that capacity until his death in 1885.

He was buried in Brooklyn's Green-Wood Cemetery.