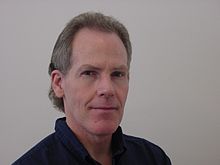 David C. Geary (born June 7, 1957 in Providence, Rhode Island) is a notable United States cognitive developmental and evolutionary psychologist with interests in mathematical learning and sex differences. He is currently a Curators’ and Thomas Jefferson Professor in the Department of Psychological Sciences at the University of Missouri in Columbia, Missouri.

Geary received a BS degree in psychology from Santa Clara University (California) in 1979, and an MS from the clinical child/school psychology program at California State University at Hayward (now East Bay) in 1981. After completing the MS degree, he worked for the emergency treatment center of the Mental Research Institute [1] in Palo Alto, California, and began the Ph.D. program at the University of California, Riverside, in 1982. His initial interests were in hemispheric laterality and associated sex differences, but focused his dissertation work on mathematical cognition under the direction of Keith Widaman (now at UC, Davis). After completing his Ph.D. in developmental psychology in 1986, he took a one-year teaching position at the University of Texas at El Paso and then moved to the University of Missouri, first at the Rolla campus (1987–89) and then in Columbia. During this time, he served as chair of the Department of Psychological Sciences (2002–2005) and contributed heavily to the creation of the Ph.D. program in developmental psychology [2].

Geary’s wide ranging interests are reflected in invited addresses in a variety of departments (anthropology, biology, behavior genetics, computer science, education, government, mathematics, neuroscience, physics, and psychology) and Universities throughout the United States, as well as in Canada, Europe, and East Asia.

Geary’s research on mathematics learning, evolutionary psychology, and sex differences has been featured in many popular press outlets, including Discover [3], Education Week, [4], Forbes [5], Daily Mail (United Kingdom [6], CBS News [7], and MSNBC among, among many others.

Geary’s research on children’s mathematical development resulted in a MERIT award from the National Institutes of Health (NIH). In 2005, the University of Missouri awarded Geary a Curators’ Professorship [8], and the Thomas Jefferson Professorship in 2009 [9]. Among other distinctions, he is 2009 co-recipient of the George A. Miller Award for an Outstanding Recent Article on General Psychology [10] for the 2007 Psychological Science in the Public Interest monograph on sex differences in mathematics and science, co-authored with Halpern, Benbow, Gur, Hyde, and Gernsbacher , [11].

Geary contributed to the 1998 Mathematics Framework for California Public Schools [12] and in 2006 was appointed to the President’s National Mathematics Advisory Panel. While serving on the panel, he chaired the learning processes task group [13]. In 2007, he was appointed by President George W. Bush to the National Board of Directors, Institute of Education Sciences (IES), and served through 2010 [14] He is also co-author of Developing effective fractions instruction for kindergarten through 8th grade: A practice guide [15] and an on-line overview of learning disabilities in mathematics for parents and teachers [16].

His parents (Cyril Geary, Shirley Garrett) were divorced when Geary was two years old and his mother remarried (Douglas Files) a few years later. Geary’s step-father was in the United States Navy, resulting in frequent moves and his attending seven schools across four states between 1st grade and high school graduation. His sister (Donna Jergentz) lives in California, as does his severely autistic brother (Douglas Files Jr.). Geary married Leslie Reller in 1982 and they divorced in 2009. Their daughter Corie Atkins is an attorney in St. Louis, Missouri, and their son Nicholas Geary is an undergraduate at the University of Missouri. Geary is currently married to Yin Xia, an applied economist at the university.

Geary’s research interests are centered around his three books, Children's mathematical development (1994), Male, female (1998, 2010, second edition), and Origin of mind (2005), all published by the American Psychological Association. He is also co-author of the 2008 Sex differences: Summarizing more than a century of scientific research, published by Psychology Press.

His research on mathematical development ranged from mathematical modeling of adults’ processing of arithmetic problems [Geary & Widaman, 1987]; the effects of aging on these processes[Geary & Wiley, 1991]; and cross national and cross generational differences in mathematical abilities [Geary et al., 1997]. In this area, he is best known for his research on learning difficulties in mathematics and in 1993 published a theoretical and review article that outlined subtypes of disabilities and helped to organize subsequent research in this area [Geary, 1993]. He currently directs the Missouri Longitudinal Study of Mathematical Learning and Disability [17].

Geary’s research in evolutionary psychology also ranges across a variety of issues, from evolution of the hominid brain [Bailey & Geary, 2009] to men’s hormonal responses while competing against members of their in-group or against an out-group [Oxford et al., 2010]. He has also written extensively on human paternal investment (fatherhood) and the evolution of the human family [Geary, 2000; Geary & Flinn 2001], and is one of the pioneers in evolutionary developmental psychology and evolutionary educational psychology.

His research group, including graduate students Drew H. Bailey [18] and Benjamin Winegard [19] is currently focused on the study of sex differences in mate preferences and friendship formation and dynamics.