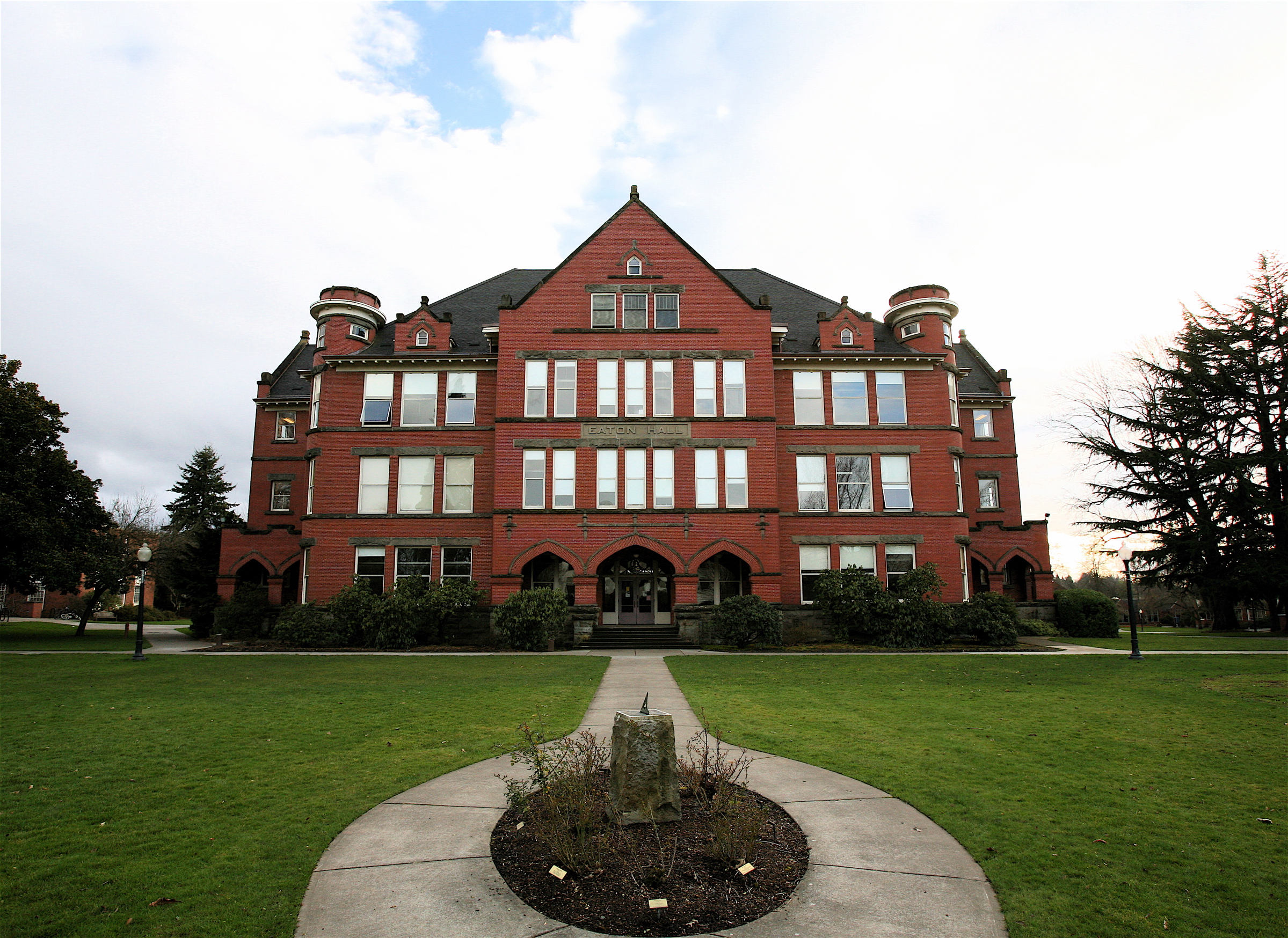 Originally constructed with round spires on the turrets, these were later removed.

Willamette's administrative offices were located in Eaton from its opening until 1980.

Four-stories tall, the hall is constructed of stone and bricks with a composite shingle roof.

Located on the north end of campus, it is adjacent to Waller Hall to the west and Smullin Hall to the east. To the south is an open field which previously served as the school's .

* [http://www.oregonlink.com/goldenpioneer/views/index.html View of Eaton Hall from atop the Oregon State Capitol]
* [http://photos.salemhistory.org/cdm4/item_viewer.php?CISOROOT=/mchs&CISOPTR=207&REC=14 Picture of Eaton Hall circa 1940]