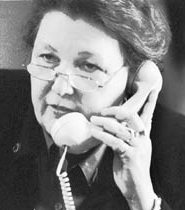 A graduate of in , Goldberg went on to graduate from the where she was a member of and a major player in the while on campus. She also holds a Master's degree in Education from the .

She was a founding member of the Progressive Caucus in Sacramento. Goldberg has one adopted son with her life partner. She is a Los Angeles native and a resident of Echo Park since 1967.