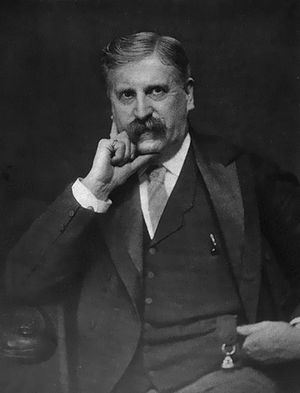 Born in Union Square (New York City), Skinner attended the common schools and Clinton Liberal Institute. He was graduated from Mexico Academy, New York, in 1866. He taught in the common schools. He was editor of the Watertown Daily Times 1870-1874. He served as member of the board of education of Watertown, New York from 1875 to 1884. He served as member of the State assembly 1877-1881.

Skinner was elected as a Republican to the Forty-seventh Congress to fill the vacancy caused by the resignation of Warner Miller. He was reelected to the Forty-eighth Congress and served from November 8, 1881, to March 3, 1885. He was not a candidate for renomination in 1884. He served as member of the Board of Visitors to the United States Military Academy at West Point in 1884. He was editor of the Watertown Daily Republican 1885-1886. City editor of the Watertown Daily Times 1886. Deputy State superintendent of public instruction 1886-1892. Supervisor of teachers' training classes and teachers' institutes in the State department of public instruction 1892-1895. State superintendent of public instruction 1895-1904.

Skinner was elected president of the National Education Association in 1897. He served as assistant appraiser of merchandise for the port of New York 1906-1911. Librarian of the State assembly in 1913 and 1914 and served as legislative librarian 1915-1925. He died in Pelham Manor, New York, June 30, 1928. He remains were cremated and the ashes interred in Brookside Cemetery, Watertown, New York.

Charles R. Skinner served in Congress with fellow Republican William McKinley, who was later to be elected President in 1896 and 1900. They were friendly acquaintances as Congressmen; but their lives were to be forever tied together in history.

On September 6, 1901, Charles R. Skinner was attending the Pan American Exposition in Buffalo New York to hear President McKinley give a speech about reciprocity. Skinner was a witness when after the President's speech, Leon Czolgosz approached the President, and shot him twice. William McKinley died of his wounds on September 14, 1901, the 3rd President to be assassinated, following Lincoln in 1865 and Garfield in 1881.

Charles R. Skinner previously lived in Washington DC in 1882, and had been asked to attend the execution of James Garfield's assassin, Charles Gutieau, but was unable to attend due to the illness of his daughter. He had not lost his opportunity to attend a Presidential assassin's execution.

Charles Skinner was invited to the execution by the Warden of Auburn Prison, and attended this time as one of only 12 "Official" witnesses to the execution, as required by New York law.

In 1919, Charles R. Skinner wrote an account of his experiences with President McKinley, and of the events which occurred on the day of the execution of Leon Czolgosz. The account appeared in State Service Magazine, and was entitled "Story of McKinley's Assassination". The article document's Czolgosz's last words:

"The reason I killed the President was because he was an enemy of he good people-for the benefit of the working man. That's all there is about it - I'm awful sorry I couldn't see my father. Iam not sorry for my crime".[1]

Skinner also was the author of the following books:

This article incorporates public domain material from websites or documents of the Biographical Directory of the United States Congress.
Categories: