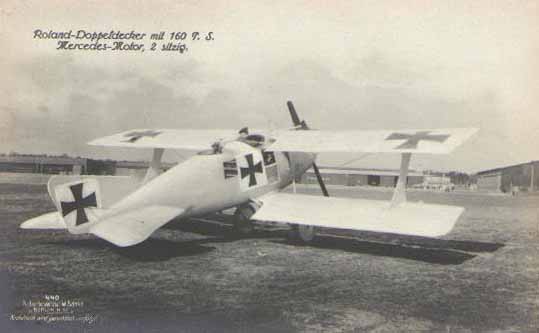 It first saw service in Autumn 1915 and was a with the upper wing fixed on top of the , whale-shaped fuselage, built with an outer skin of two layers of this plywood strips at an angle to each other (known as a "Wickelrumpf", or "wrapped body" design), and a single outboard strut.

Operationally, handling was reported as difficult but performance was relatively good. It was also used in a fighter escort role and had a crew of two, pilot and observer/gunner. The C.II was powered by a single 160 hp (120kW) , was capable of 165km/h and had a ceiling of 4000m with an endurance of four hours.

A centrally mounted synchronized 7.92mm gun was provided for the pilot on later models. The observer had a Parabellum gun on a ring mounting. A tubular half-hoop was fitted between the cockpits to prevent possible damage to the airscrew from depressing the gun too much when firing forward.

A load of four 12,5 kg bombs could also be carried under the fuselage.