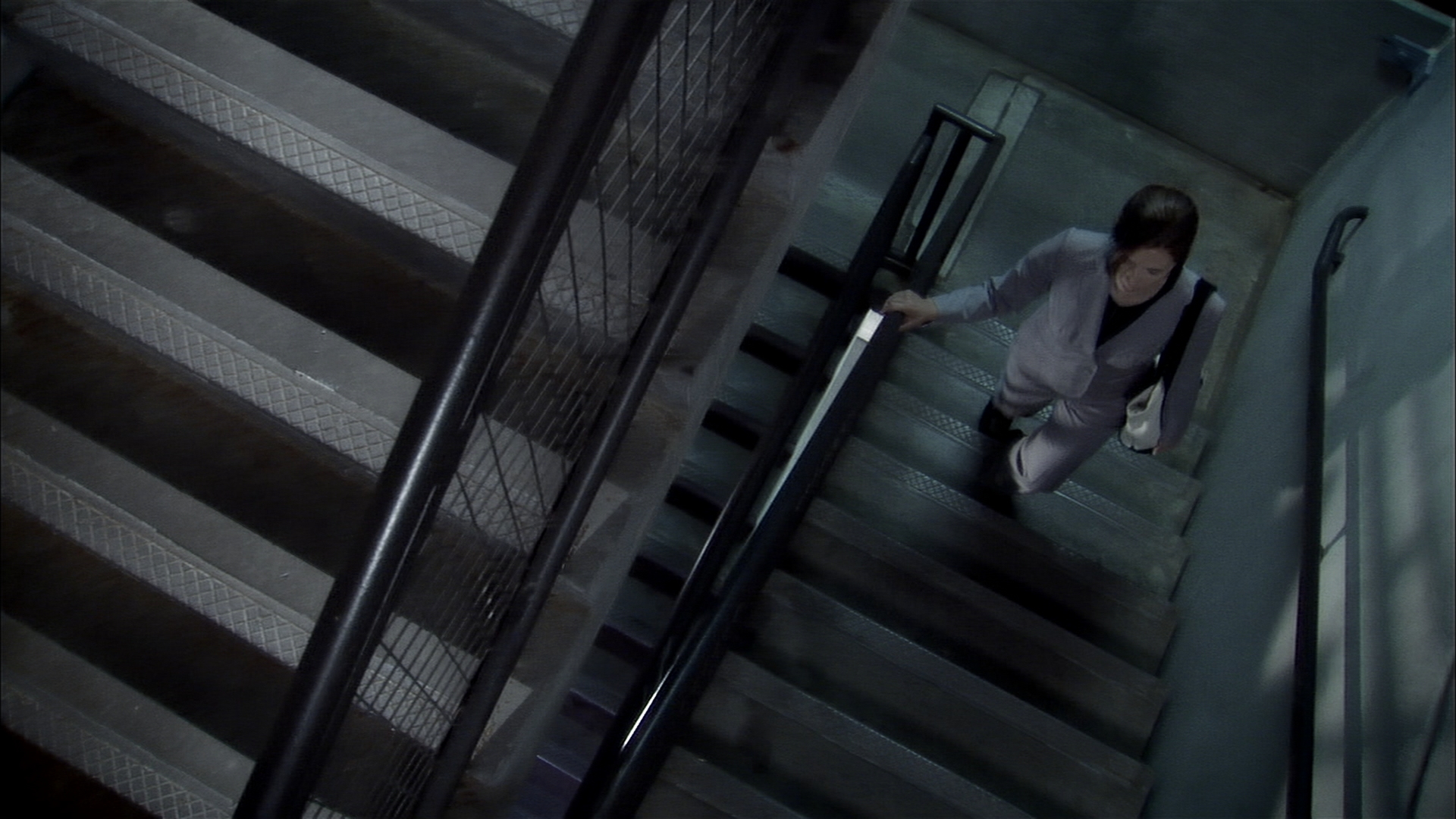 "Take Out" is a 2007 short film (thriller) written by Screenwriter and Producer Bill Hall, with as the Director, Producer and Editor. The short introduces , appearing in her first lead role, and includes veteran New York City actor Alexis Suarez. also appears in a cameo role. "Take Out" features the of and of who also co-produced, as well as, original music composed by Ray Nissen.

The film revolves around a working woman (Mary Ann Emerson) who travels into a parking garage to retrieve her car. As the film opens, we are introduced to our main character and her friend as they head towards the in the dark of night. The street sign they pass foreshadows events to come. It reads "Do Not Enter". Our leading lady, whose character name is not revealed, says her goodbyes to her friend, played by , as she heads into the garage alone. Inside we travel with her as she makes her way to her car. She pauses and something seems to heighten her senses. Through "point of view" the audience is aware that someone is watching her. The film was shot in and around a parking garage in . Shooting commenced , at 3pm and wrapped the following morning at 6am. With almost no budget the film's shooting schedule was completed in 16 straight hours with a cast and crew of 12. Due to the intensity of shooting a film in such a short period of time, a "" was created from it. "Take Over: the horror behind the thriller" is a comedy starring the cast and crew telling their own "somewhat incorrect" stories about the making of "Take Out". The mockumentary, with its own shocking conclusion, premiered in March 2007 as a web film on the "Take Out" official site.

"Take Out" premiered at the on , followed with official selections from the in May, 2007 and the in June, 2007. The short also screened at Fango Con conventions, including the Burbank edition of ’s Weekend of Horrors, also in May 2007. The official selection to the moved "Take Out" international on July 5th, when the short premiered north of the border in , . In August 2007, The screened the short and in September 2007, also screened as part of its independent Short Film Festival. October, of course, was a big month for the short. With 7 different festival screenings from coast to coast, screened Take Out at the Grauman's Mann Chinese Theater as well as two separate festivals in NYC including the NYC Horror Film Festival. In the month of November The screened the short as part of an awards ceremony and screening for 's film, "". The also showed the short. The Jersey Shore Film Festival awarded TAKE OUT with 2nd place in the shorts jury prize and the Red Bank Film Festival nominated Take Out for 2 awards.Fact|date=February 2008 Continuing on in 2008, TAKE OUT was officially selected to the Digital Video + Super 8 Festival, as well as, the Digital Video and High Definition Festival in Los Angeles. Invitations for Take Out to screen came from the Cleveland International Film Festival and the CA Next Gen Festival in Scramento, CA.

The Worldwide Rights were purchased for "Take Out" by the Mini Move Channel, a Beverly Hills based distribution company, in June of 2008. Mini Movie, a distributor of short films via the internet, phone and television, will host the short film for free on their website. Mini Movie is supported by ad sales.