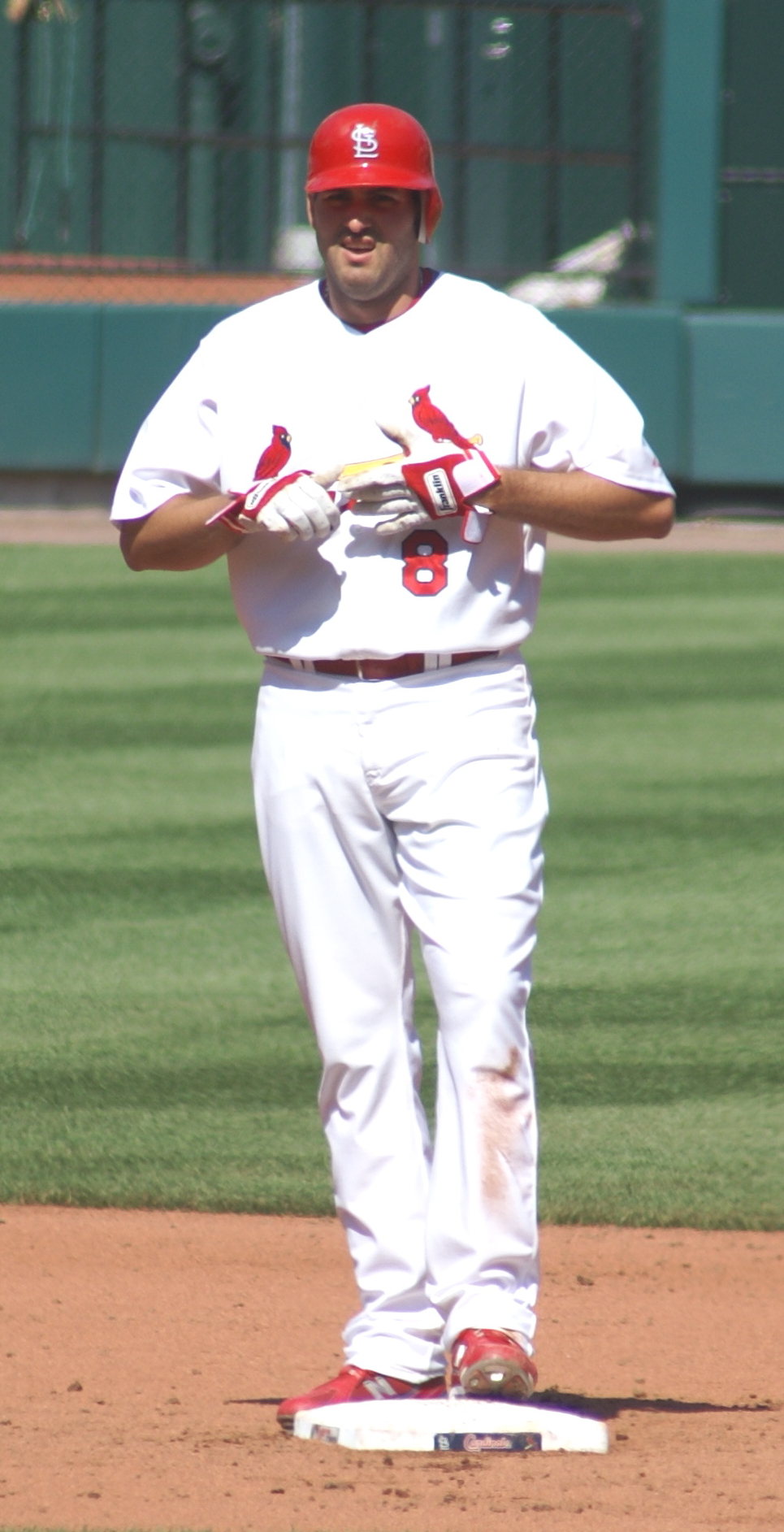 Glaus began his career with the Angels in by|1998 and was installed as the team's starting third baseman in by|1999.

Glaus had a breakout season in by|2000, becoming the all time single season home run leader for third basemen in Angels history with 47.

Glaus started in the 2001 MLB All-Star Game and posted his second consecutive 40 home run season with 41 on the year. In by|2002, Glaus failed to reach the 40 home run club for the first time since the 1999 season, but he managed to hit two home runs in helping the Angels make the playoffs for the first time in 16 years. The Angels beat the in 7 games to win their first title in team history.

Glaus was a key member of the Angels' championship team and was named the Most Valuable Player of that series.

Glaus followed that up with an another All-Star year in by|2003.

Glaus missed much of the by|2004 season with a shoulder injury. 2004 was the last year of his contract with the Angels. As an established veteran, he was in demand on the market and able to field lucrative offers for long term contracts. Although Glaus had spent his entire career an Angel, and was a fan favorite, the team decided not to pursue Glaus' return. Amid concerns about Glaus' future health after his injury, the team decided to go with the much lower-priced alternative of turning the third base position over to young prospect , whom they felt had a good chance to soon become as productive as Glaus had been.

Glaus ultimately signed with the for $45 million USD over four years.

Glaus' by|2005 season with the Diamondbacks was disappointing. His 24 errors tied him with David Wright for the most errors by a third baseman in the Major Leagues, and he had a Major League-low .946 fielding percentage at third. He was traded to the in the off-season along with minor league shortstop . The trade sent pitcher and second baseman to the Diamondbacks. The Jays badly needed a power bat a year after letting go of , however the emergence of Hudson at second base has given the statistical advantage of this trade to the Diamondbacks [cite web |url=http://danjulien.atspace.com/ricciardi.htm#21 |title=Statistical breakdown of the Glaus/Hudson trade]

Although Glaus is a third baseman, he played a game for the Toronto Blue Jays against the on May 27, by|2006 as a , due the demotion of Toronto shortstop . As Blue Jays manager pointed out, this change in position was only for one game. Glaus was not expected to do much fielding due to the fact the pitcher was known to induce many fly balls, instead of ground balls. [cite web |last=Bastian|first=Jordan|publisher=Toronto Blue Jays|url=http://toronto.bluejays.mlb.com/NASApp/mlb/news/article.jsp?ymd=20060526&content_id=1473199&vkey=news_tor&fext=.jsp&c_id=tor |title=Notes: Glaus slides to shortstop|date=|accessdate=2006-08-05] This defensive alignment did not affect his hitting, going 2-4 with 1 HR. Since then, Glaus made several starts at shortstop, usually when the Blue Jays were facing opponents at their home ballpark, where there is no DH. The DH, , would play third base in this case.

In by|2007 Glaus's production was hampered all year by foot injuries and his production fell. His heel injury is one that can only be healed by rest, not surgery.

On December 13, 2007, he was cited in the Mitchell Report to the Commissioner of Baseball of an Independent Investigation Into the Illegal Use of Steroids and Other Performance Enhancing Substances by Players in Major League Baseball [cite news | last = Mitchell | first = George | url = http://files.mlb.com/mitchrpt.pdf | title = Mitchell Report on Steroid Use in Baseball | date = | accessdate = 2007-12-13] .

Glaus was traded to the in exchange for fellow third baseman on , by|2008. Glaus usually occupies the 4 or 5 slot in the Cardinals batting order. On September 3, 2008, he hit his 300th career home run off of the in the third inning.

* When Glaus entered a St. Louis home game, "" by played loudly over the speakers.
* Glaus' wife is a competitive equestrian. Within Glaus' contract there is a specific bonus he is paid which dedicates up to $325,000 on his wife's equestrian expenses.
* Glaus is a 1994 graduate of .
* Glaus was once drafted by the as their second round pick in by|1994, but turned down the contract before heading to UCLA.
*Nicknamed "Mighty" Troy Glause by Blue Jays radio announcer Jerry Howarth. In 2008, the title of "Mighty" was given to left-handed hitting "Voodoo" Joe Inglett.