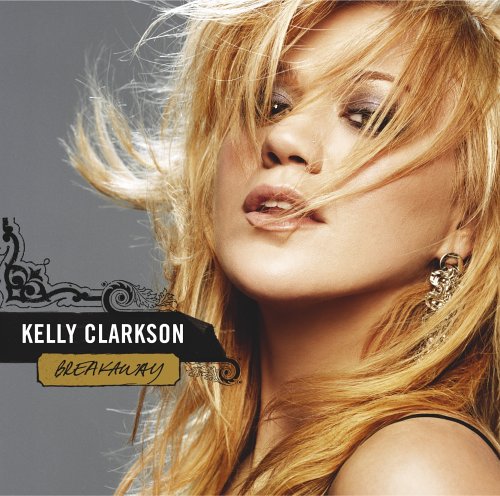 At the , "Breakaway" won in the "" category and the single "" received the "Best Female Pop Vocal Performance" award.

"Breakaway" was the first single from the album in the U.S. and Australia, and the fifth single in Europe. In the U.S., it was also a single from the soundtrack to "", and was released nearly six months before the album's release. A departure from the pop and soul sound for which Clarkson had become known, the song was co-written by fellow singer . It peaked at number six on the "Billboard" Hot 100, and reached the top ten of more than ten "Billboard" charts (including twenty-one non-consecutive weeks at number one on the "Billboard" Adult Contemporary chart). In , the song peaked at number three.

"Because of You" was the fourth single from the album, and the third in Europe. The song debuted at number ninety-nine on the "Billboard" Hot 100 on , and reached number seven on . It debuted and peaked at number four on the Australian ARIA Top 50 Singles Chart. In Canada, it peaked at number two and stayed in the top twenty for twenty-seven consecutive weeks. Over one year after its release to radio in Canada, it was still on the Canadian airplay chart. In Switzerland, the single remained on the singles chart until August 2007.

Although "Gone" was never officially released as a single, U.S. Top 40 radio stations began playing the song around November 2005, and it gained significant airplay on such stations as New York's Z100, Boston's Kiss 108 and Atlanta's Q100. Because of this, "Gone" charted at number seventy-seven on the Pop 100. A Spanish version of "Gone" titled "Me Voy" ("I Leave") was recorded by Mexican pop group , who recorded a cover version of "Gone" for their English language CD in Japan. "Gone" was released to radio in Australia and was played quite frequently alongside "Because of You".Fact|date=August 2008

Clarkson stated that the song "Addicted" is her favorite song that she has written and recorded, and wished that it was a single.Fact|date=August 2008

Australian Tour Edition: Bonus Enhanced CD track listing:
# "Since U Been Gone" [Jason Nevins club mix]
# "Behind These Hazel Eyes" [Joe Bermudez & Josh Harris Top 40 radio remix]
# "Breakaway" [Napster live]
# "Because of You" [live at Rollingstone.com]
# "Miss Independent" [AOL Live]
# "Hear Me" [AOL Live]
# "Since U Been Gone" [video]
# "Behind These Hazel Eyes" [video]
# "Because of You" [video]