Michael H. Albert
This article is about the computer scientist. For the economist, see Michael Albert. 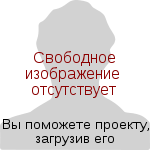 Michael Henry Albert (born September 20, 1962) is a mathematician and computer scientist, originally from Canada, and currently an associate professor at the University of Otago in Dunedin, New Zealand. His varied research interests include combinatorics and combinatorial game theory.

Together with J.P. Grossman and Richard Nowakowski, Albert invented the game Clobber.[2] Albert has also contributed to the Combinatorial Game Suite game analysis software, and is a coauthor of Lessons in Play: An Introduction to Combinatorial Game Theory.[3] Another significant topic of his research has been permutation patterns.